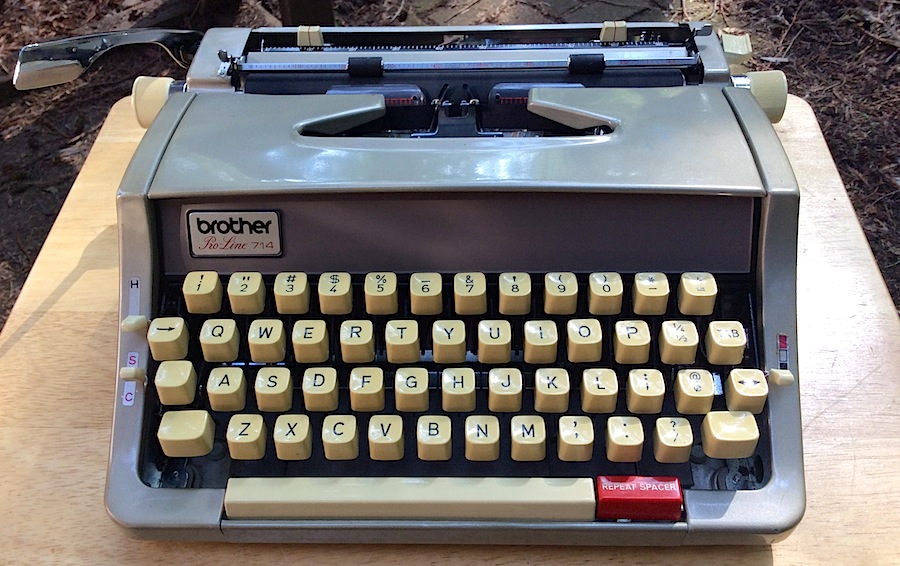 The Pro-Line series was introduced in the early 1970s, and ran, possibly, into the early 1980s. This line encompassed a wide variety of Brother models, including one featuring dial-a-type (see here). Numbers in this line include the 707, 709, 714, 715 and 719. What these indicate is anyone’s guess, but my hunch is that they can be assigned to various models within the existing Brother line. The numbers do not appear to indicate carriage width — my 714 has a 9 1/2″ carriage. 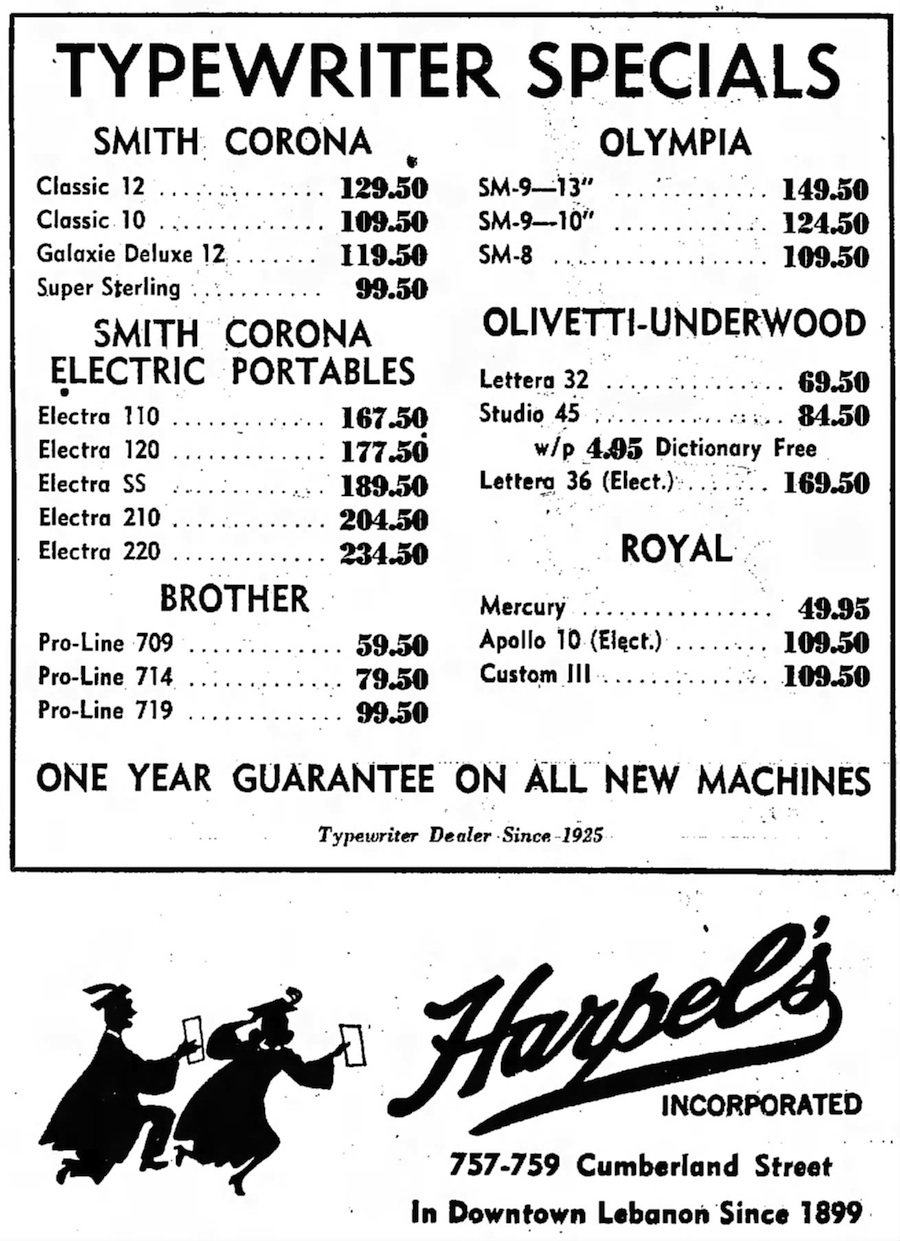 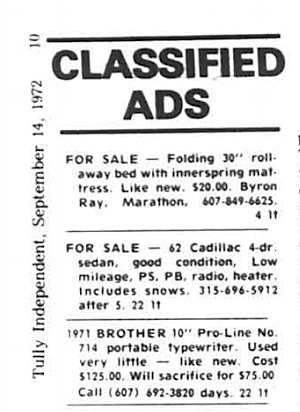 From a 1972 classified listing. Considering that a new model could be had for $49 (see ad above), $75 doesn’t seem quite a sacrifice!