Remington Notes was a house publication of Remington, published in the 1910s. Notes was subsequently followed by The Remport.

Archived copies of these publications can be difficult to find, so here is Vol. 2, No. 11, of Remington Notes, published in 1912.1

Page 1 — Candid notes about the trust formed to consolidate the workings of several typewriter companies. Writes the anonymous author, “The very greatness of this organization insures to every present owner or future purchaser of Remington, Monarch, or Smith Premier Typewriters the best, the most complete, the most far-reaching, the most efficient service every provided to users of the writing machine.”

No mention is made of the Union Typewriter Company, which was the name of the trust that was formed in 1893 and largely controlled by executives at Remington. By 1913, according to researcher Will Davis, the trust was dissolved and control of the above-mentioned companies was assumed by Remington.2 No mention is made either that the intent of the trust was to crowd out competitors and keep typewriter prices artificially high. (This effort largely failed.)

Page 2 — “The Typewriter and the Aeroplane,” an article about Alfred Leblanc, who used the typewriter while flying reconnoissance missions. “[T]he chief obstacle to the present efficiency of the military aeroplane is the seemingly insignificant fact that pen or pencil writing is very difficult in the air.” To be sure, the pilot was not typing, but his observer passenger. The story includes photos and an aeronautical text message. 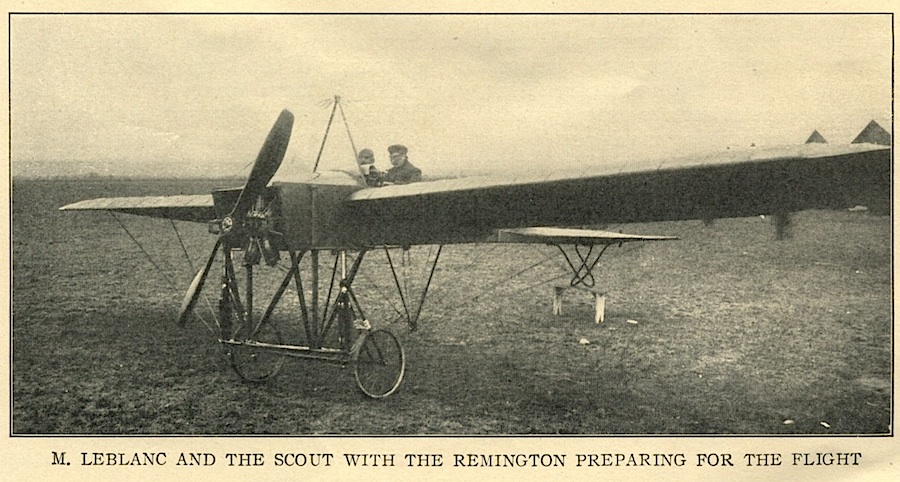 Page 5 — “The Way to Increase Your Salary,” by Mrs. Magaret Donley. “My experience is that a stenographer with from two to three years’ experience, who is not drawing a good salary, has only herself to blame.”

Page 6 — “Remington Typewriter Works, 1912,” discussing factory operations. The image above is featured across pages 6 and 7.

Page 8 — “1776-1876,” containing a brief mention of the man Remington as the “champion” of the independence of women in America and the world — is this a reference to Remington’s sewing machine concern? The rest of the page discusses stenography.

Page 10 — “Count Tolstoy and the Typewriter.” In this article, the author wonders why Tolstoy, who eschewed wealth at the later part of his life, would use an expensive Remington Standard No. 10. The author reasons, “Tolstoy was a thinker, and thought is more rapid than the lightning flash. The man who toiled hard with his hands also though fast with his brain. And what was to keep up? …” Well, of course, a Remington. 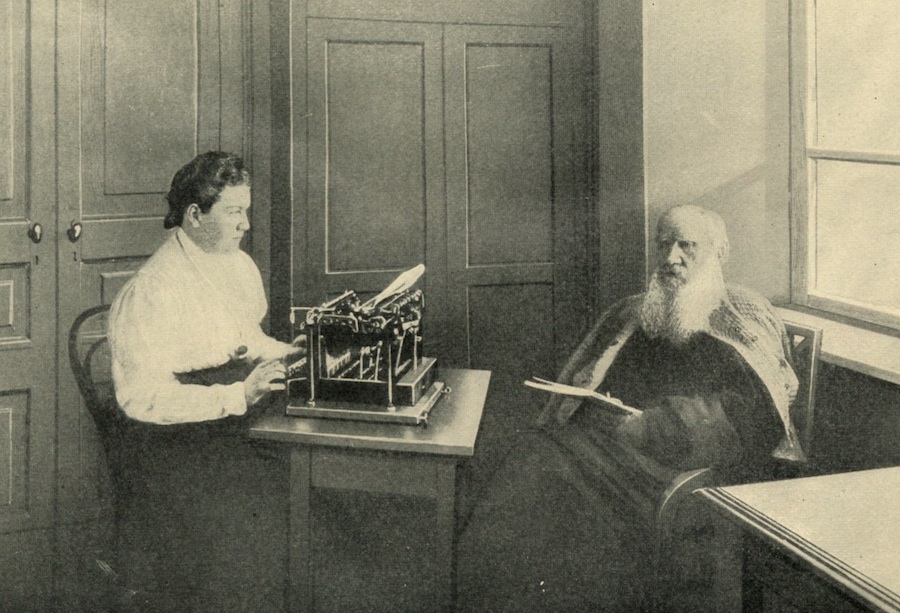 Page 12 — Promotion for the Remington Standard No. 10, the Smith-Premier 10, and the Monarch No. 3, sans Remington labeling. Three “visible” machines.

If you know of other digitally archived Notes, please e-mail.

More documents are posted on my Digital Ephemera page.