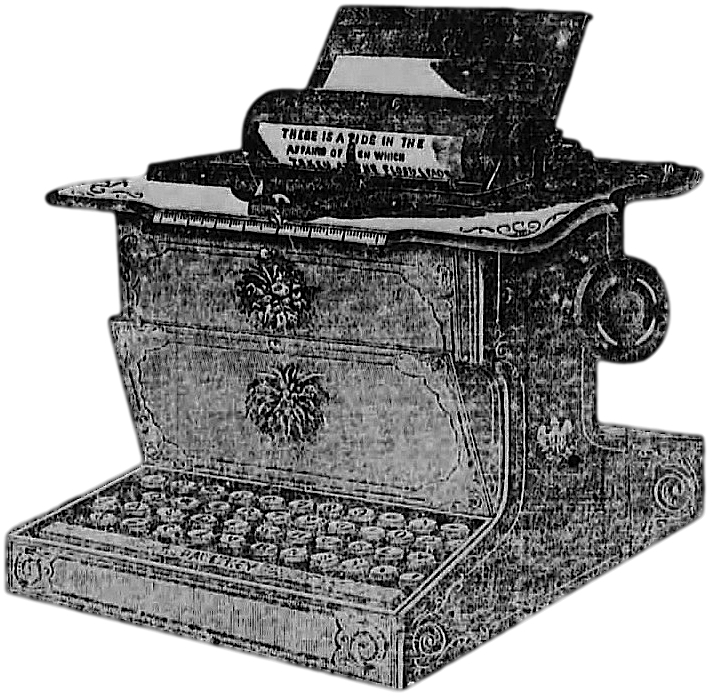 The first practical writing machine was the Sholes & Glidden, invented in 1868 by Christopher Latham Sholes, Carlos Glidden and Samuel W. Soule (the machine was first sold in 1874). It was they who also gave us the QWERTY keyboard and the word typewriter.1

Initially, “typewriter” was two words, hyphenated, though often not. In time, the compound form would become standard, but for the first few decades, it was two.

This site celebrates the hyphen… 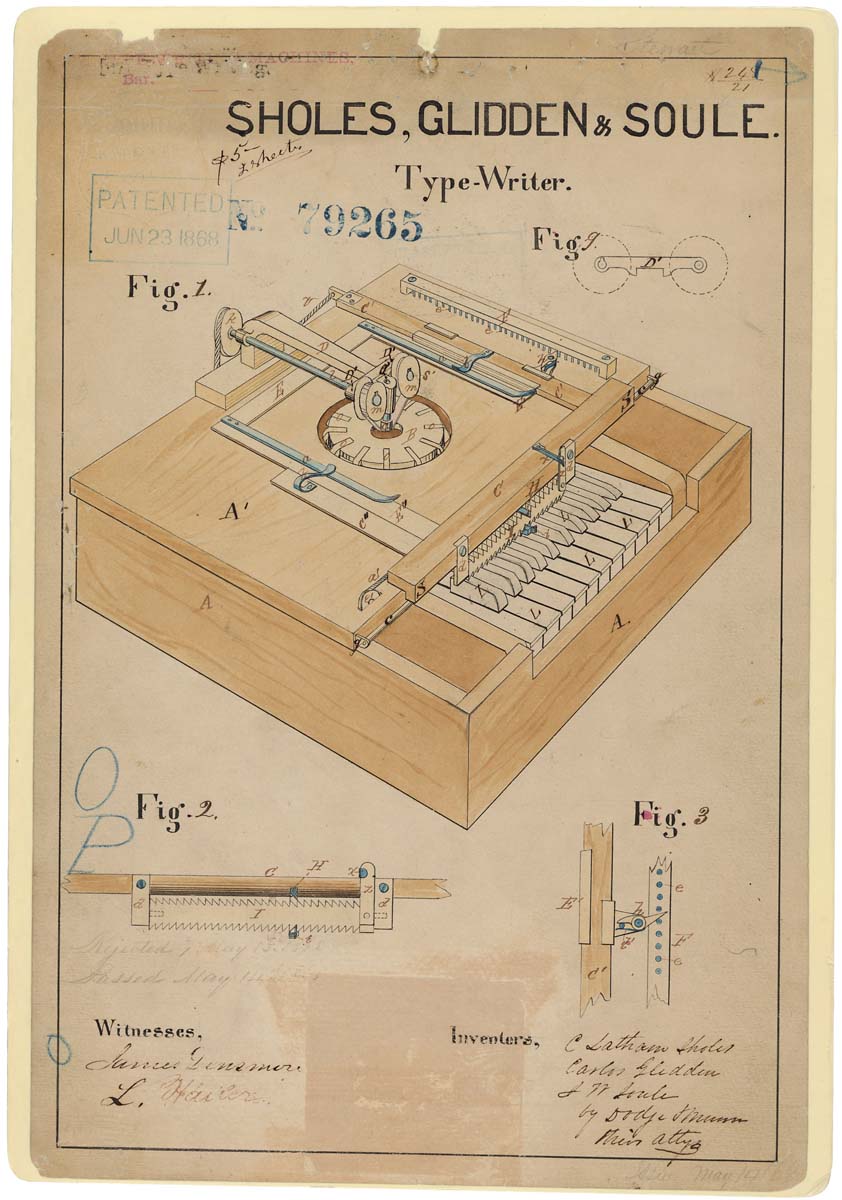 Patent image from 1868, for the “Type-Writer” — two words, hyphenated. 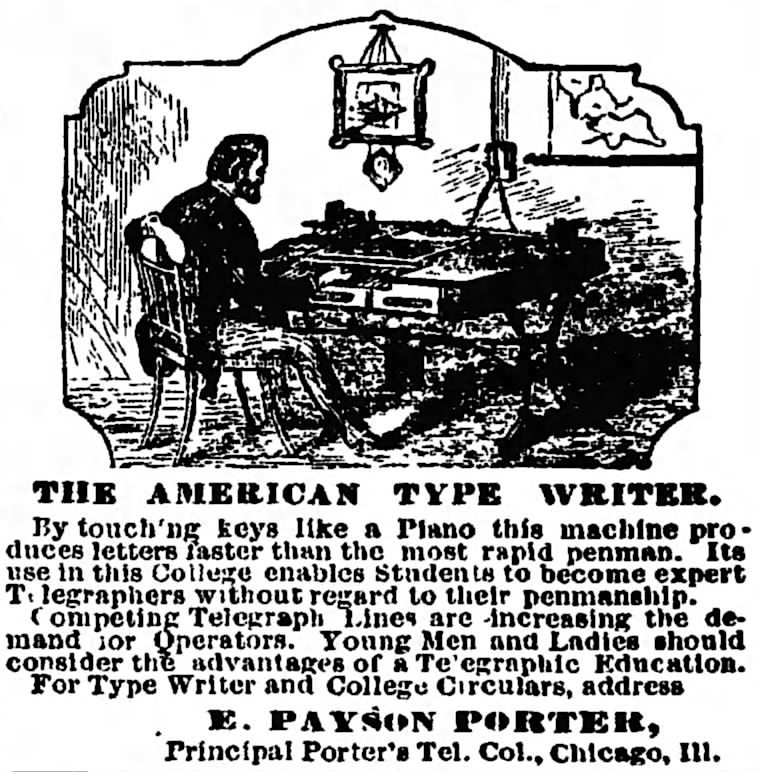 One of the earliest advertisements featuring “Type Writer,” as two words (no hyphen), from the St Joseph Herald (Saint Joseph, Michigan), Nov. 21, 1868. Note that even before the commercial release of the Sholes & Glidden, the mechanical writing machine was known as the “type writer.” Also, I believe the machine pictured is an experimental Sholes & Glidden typewriter, though others had previously invented writing machines using piano keys. 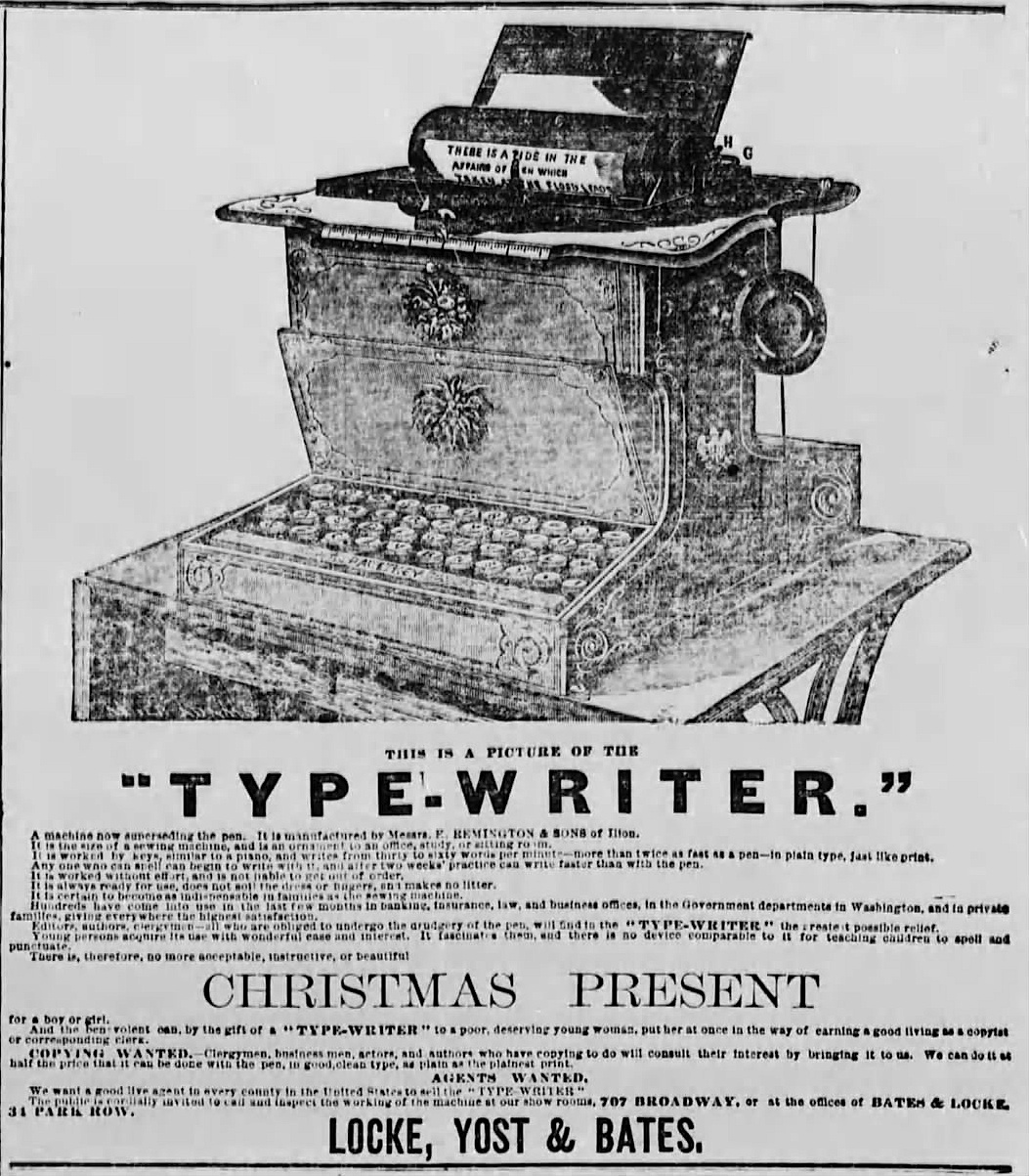 An early Sholes & Glidden, manufactured now by Remington. This is the Standard No. 1, an all-caps typewriter. From The Sun (New York, New York), Dec. 16, 1875. (Note: The words on the typed page read: There is a tide in the affairs of men,/ Which, taken at the flood, leads on to fortune,” quoted from Shakespeare’s The Tragedy of Julius Caesar.) 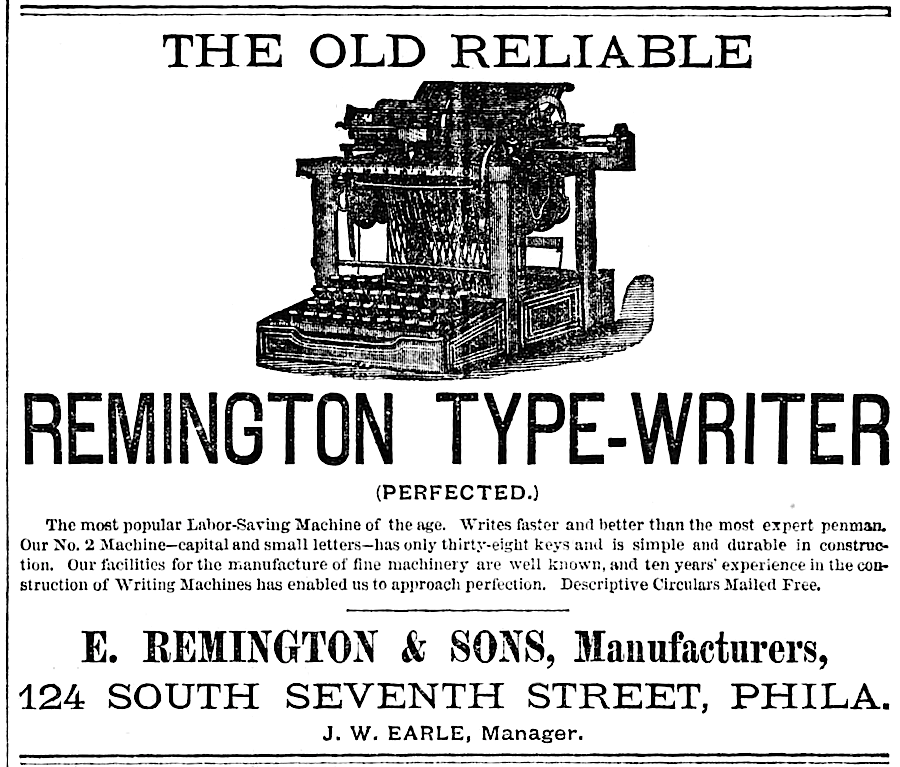 By 1882, the type-writer is “old reliable.” This ad introduces the Standard No. 2, allowing upper and lower case typing. From The Times (Philadelphia, Pennsylvania), May 20, 1882. 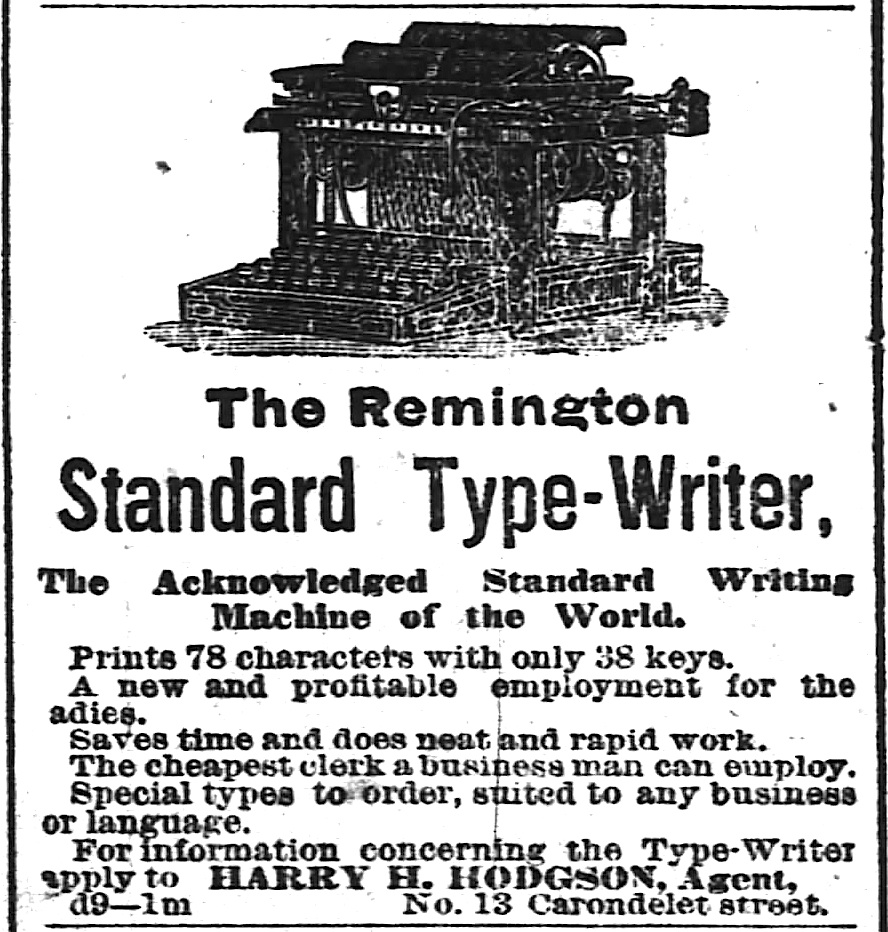 Soon, other companies were marketing type-writers. This Victor features typewriter as two words, though the advertisement employs the hyphen. The Wilmington Messenger (Wilmington, North Carolina), March 1, 1890.

1887: Consumer describes typewriter experience
His fogginess not to be presumed upon
The war on compound nouns