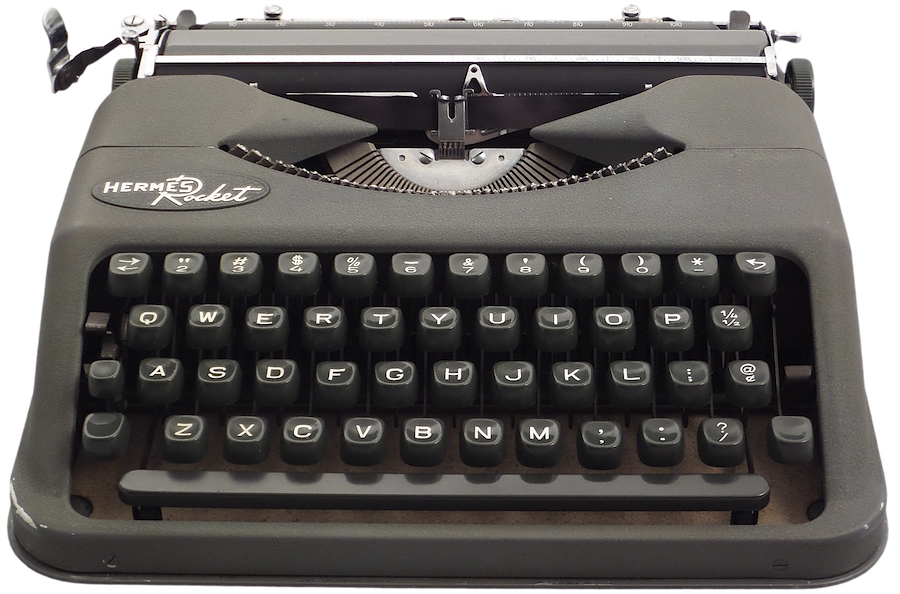 It’s hard not to like the Hermes Rocket. Authentically compact, it offers a remarkable typing experience. It is similar to the Hermes Featherweight and Baby, which preceded the Rocket, and some collectors rank these machines among the finest portables ever produced, including Robert Messenger at oz.Typewriter, who writes about this line of typewriters here, commenting:

There were as many as 4.5 million of the small Hermes portable typewriter made, a number that embraces the Featherweight, the Baby in its very many guises, and the Rocket. And it covers a period of close to half a century – yet, incredibly, in that time the machine virtually remained mechanically unchanged. [Its manufacturer] had every right to make this claim — “The Greatest Portable Value Ever Offered.”

The Rocket occupies the tail end of that history, being introduced sometime in the 1950s,1 and selling for as much as $70 — much less as the years passed. I own three Rockets (one was given to me), using them regularly for typing. The serial number on the machine pictured in this post is 5415578, which according to the Typewriter Database dates the machine to 1954.

My collection of Hermes-designed machines also includes the Montana Luxe and the Montana Viking. You can read about the Luxe here.

The Hermes Rocket, often advertised as the world’s lightest portable, was offered at ever-decreasing prices over the years. 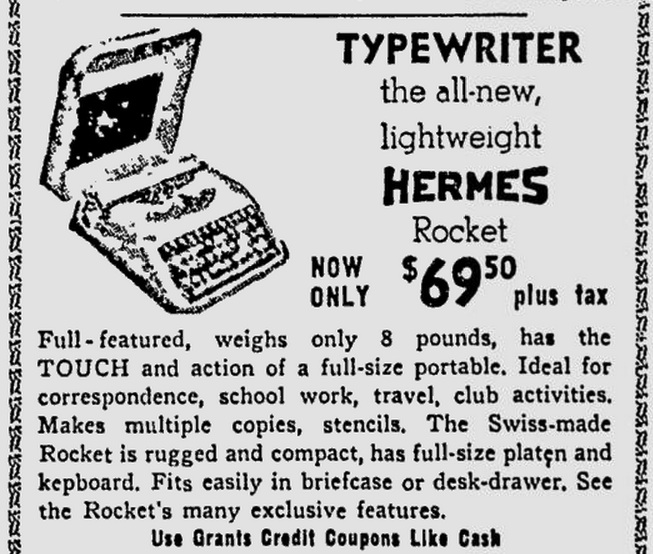 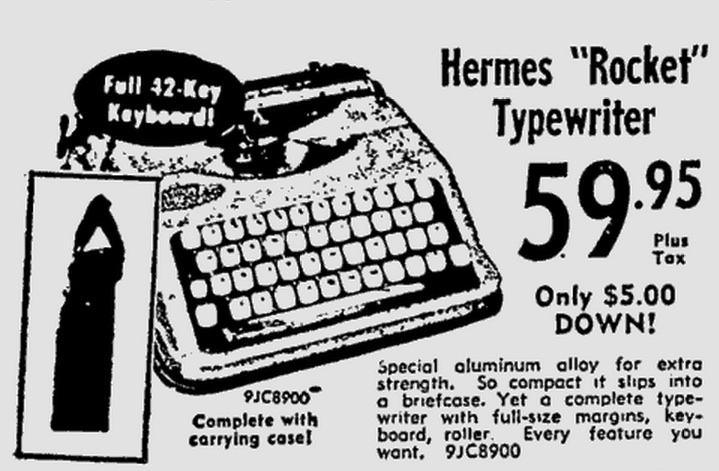 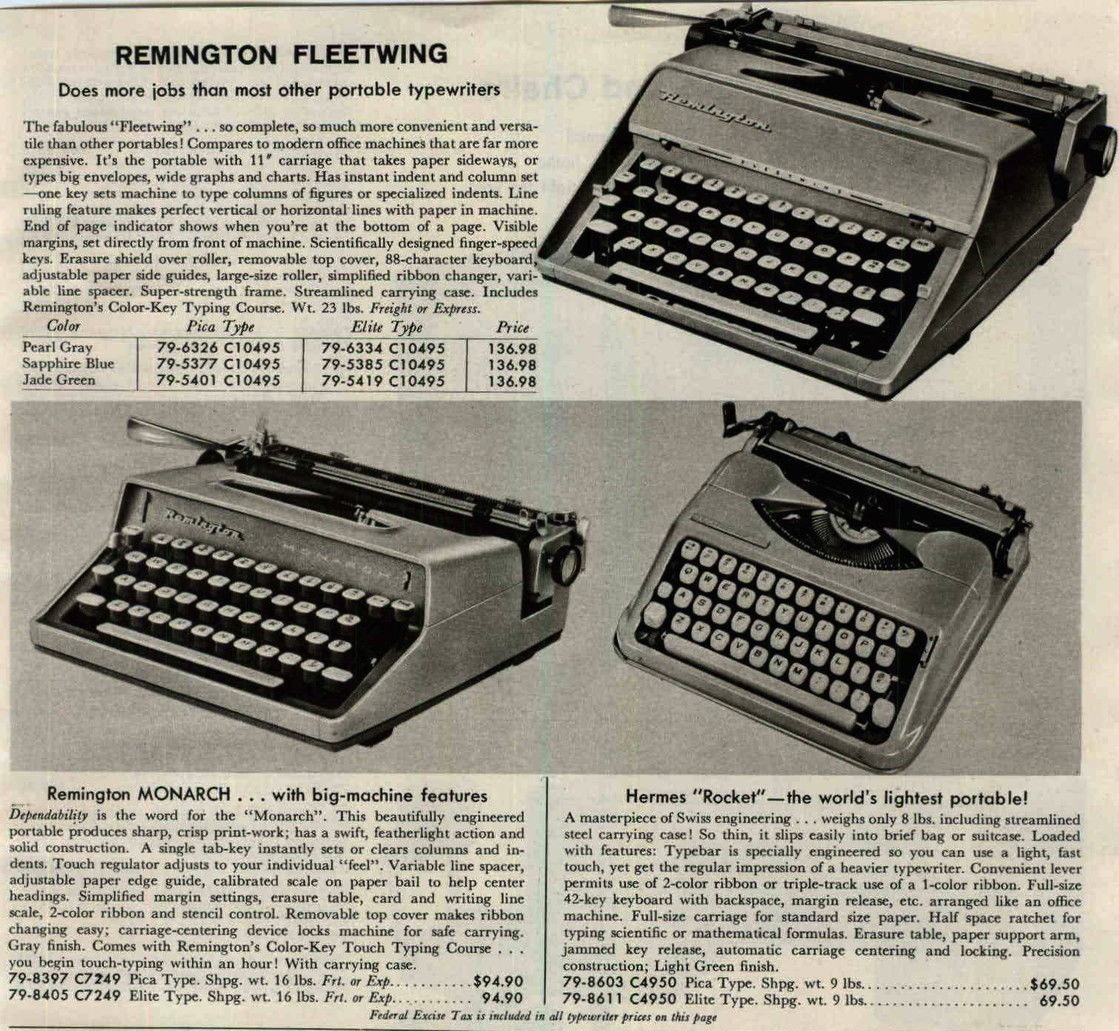 The Hermes Rocket appears in this 1963 catalog alongside the Remington Fleetwing and the Monarch. 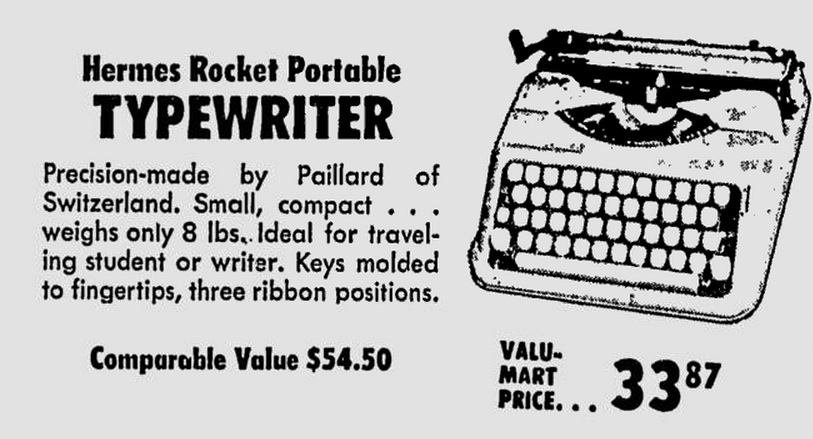 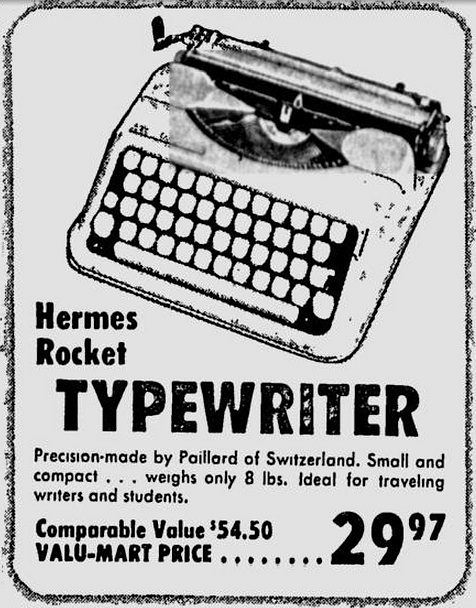 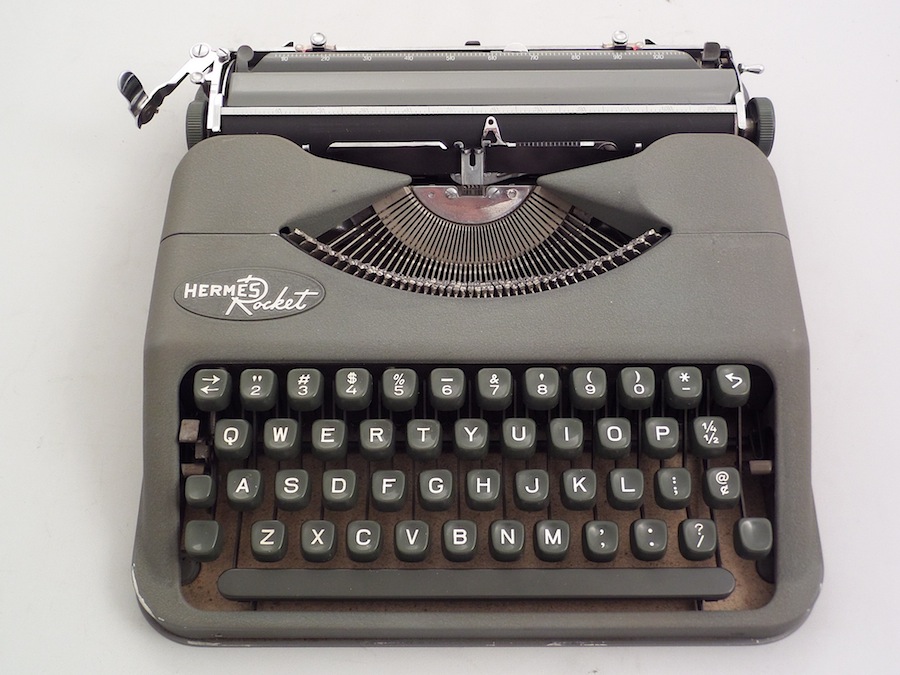 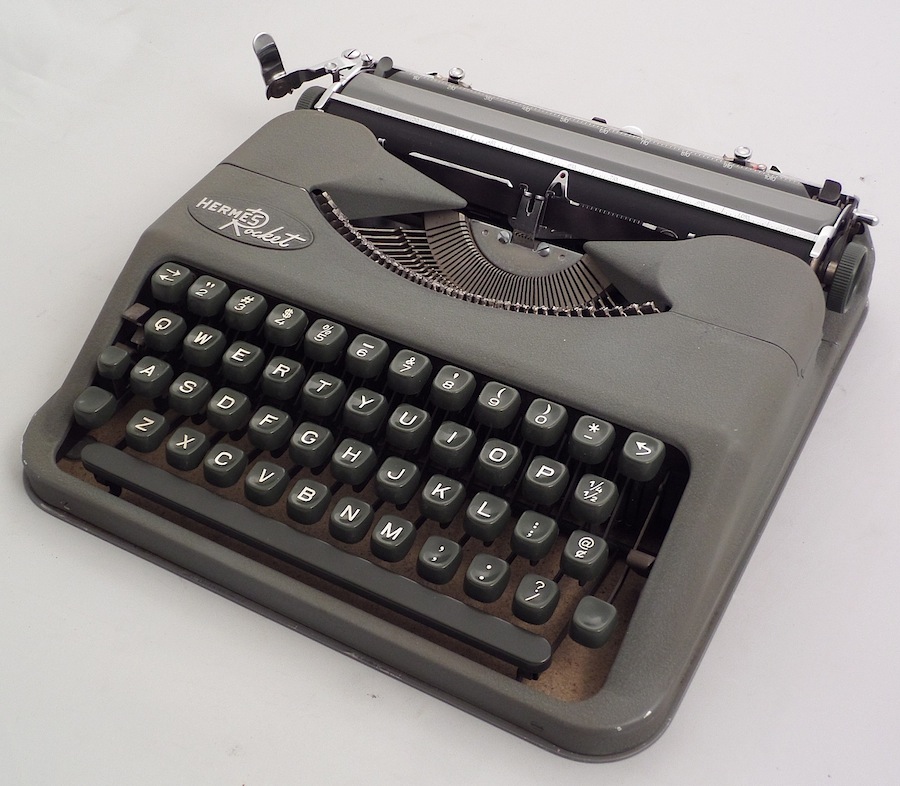 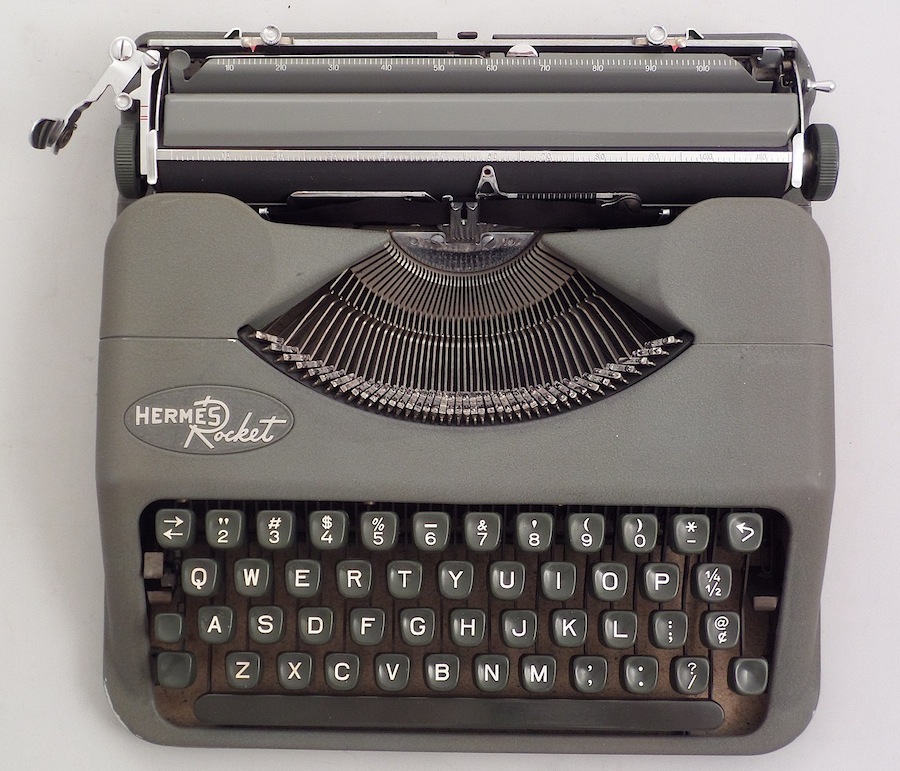 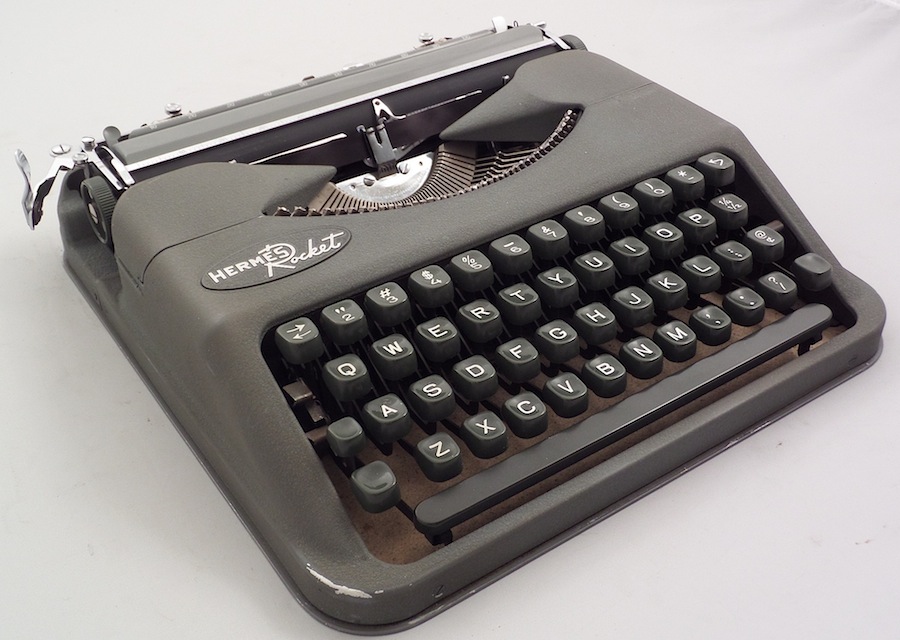 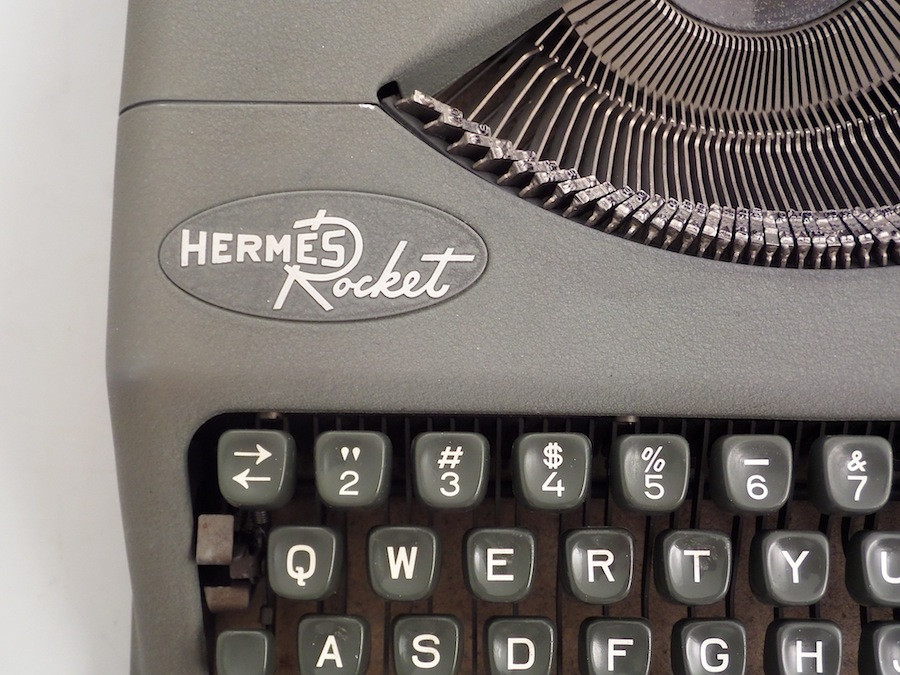 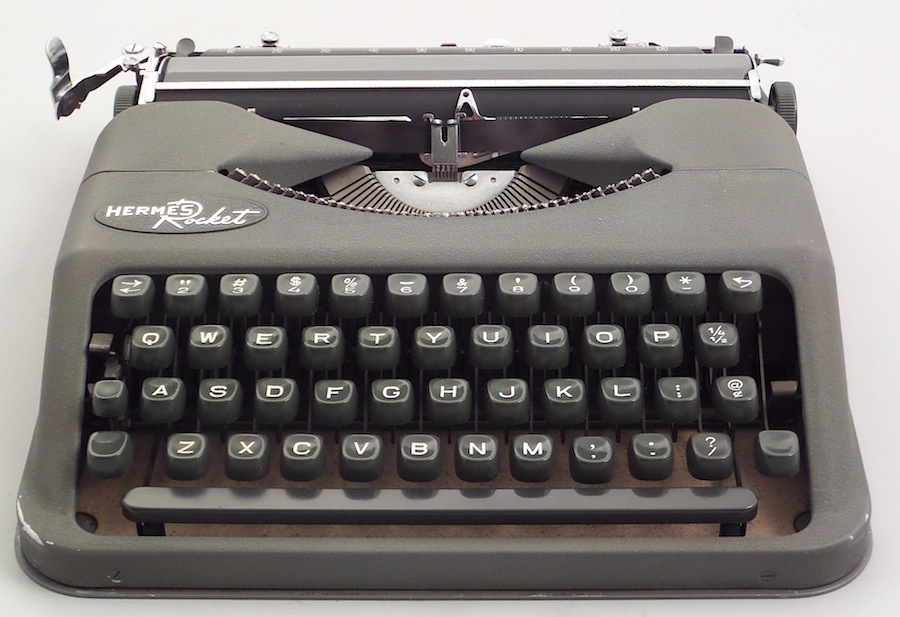 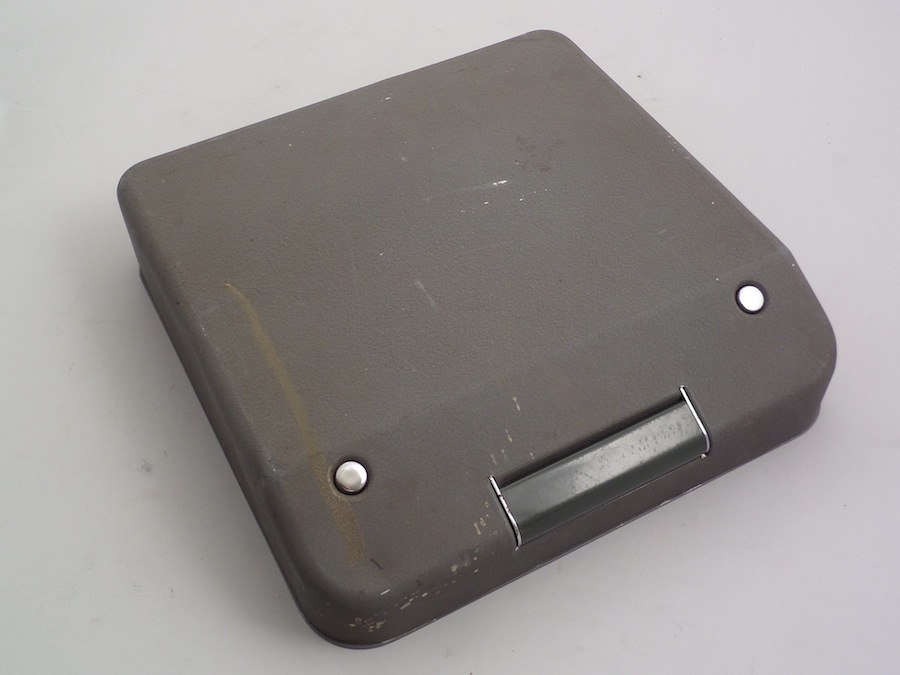 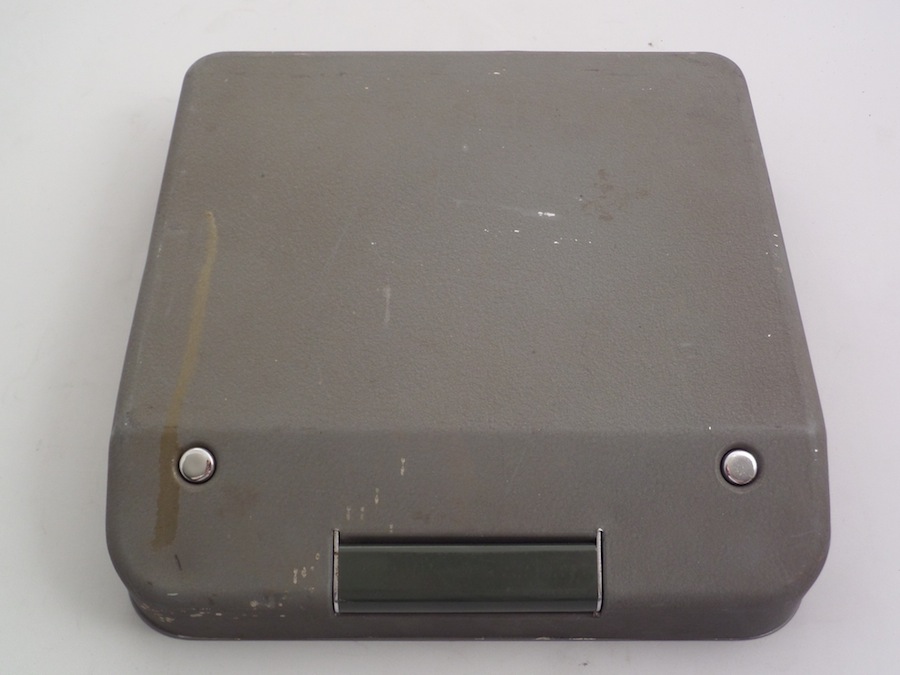 I haven’t taken the time to create a demonstration video, but I found two on YouTube: