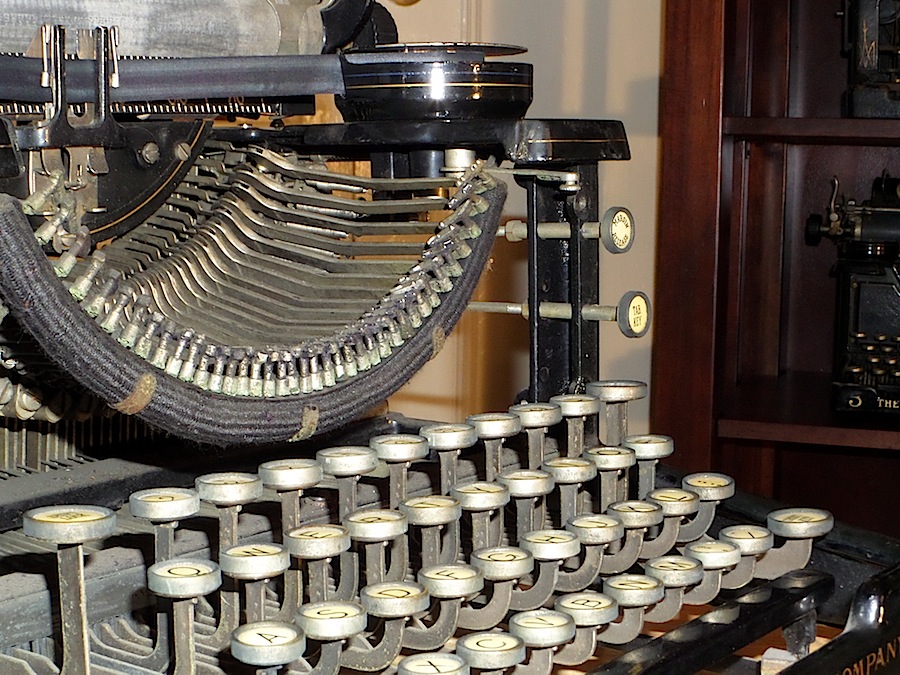 Variations in the Monarch line are extensive, especially among early models. These include labeling and feature changes in the No. 1 and No. 2 models. Accounting for these variations is not difficult. First, the Monarch was a “work in progress” — in other words, it was progressively improved during production. Second, it could be modified (apparently) by dealers after manufacture. A 1906 advertisement in a New Zealand paper boasts, “Each machine is fitted with a tabulator attachment.”1 Examining the internal workings of a basic-features model, one can see how certain functions — tabulator, backspace, and ribbon selector — could have been added, post-production.

The words “Monarch Visible” are displayed on the faceplate of most, though not all, No. 1 and No. 2 models. In some instances, the printing is curved; in other instances, horizontal. There appears to be some logic behind this labeling scheme: horizontal, and the machine lacks a ribbon selector; curved, and the machine includes one.

When I first wrote about the Monarch typewriter, I noted that some models lacked tabulators.2 This may be true in some instances, but more often it is the backspace button that is missing. On those machines, the spot generally assigned for the backspace button is “rerouted” as the tab key. Such machines could otherwise incorporate a backspace button, as the frame includes guides for such an apparatus.

Here is a video of the Monarch No. 1 with backspace and without:

One machine, many options

That ribbon selector, tabulator, or backspace were optional features on early Monarchs seems incredible; after all, one would expect such functionality on an office machine. But so it was. Peering into a basic model, one notices mounting holes for such functions, which, presumably, could have been added afterwards by a dealer.

To note, by the development of the No. 3, such features came standard. 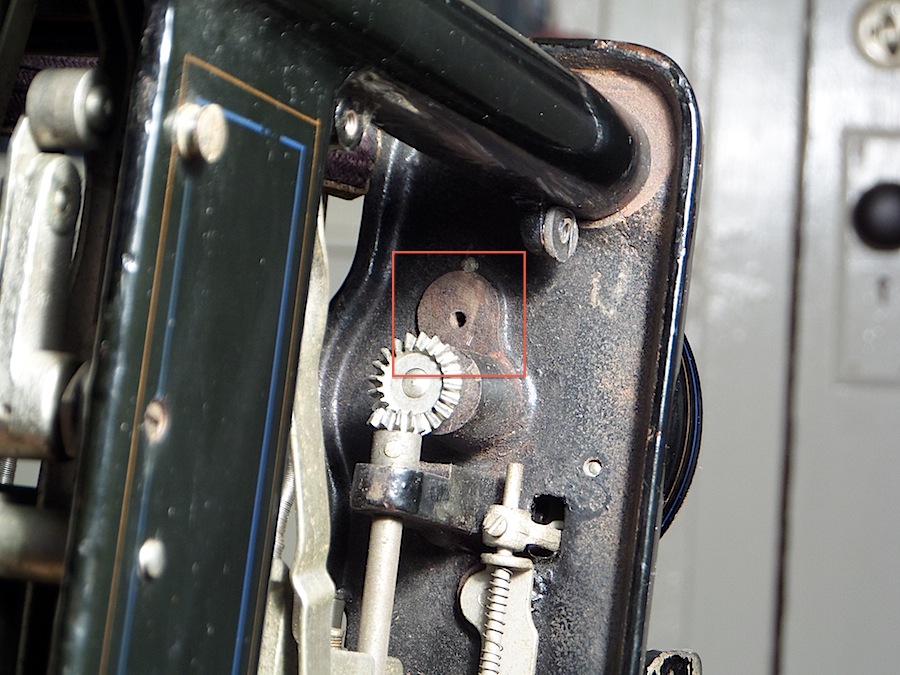 Monarch No. 1, basic model that lacks ribbon selector or backspace, though frame could accommodate such features. 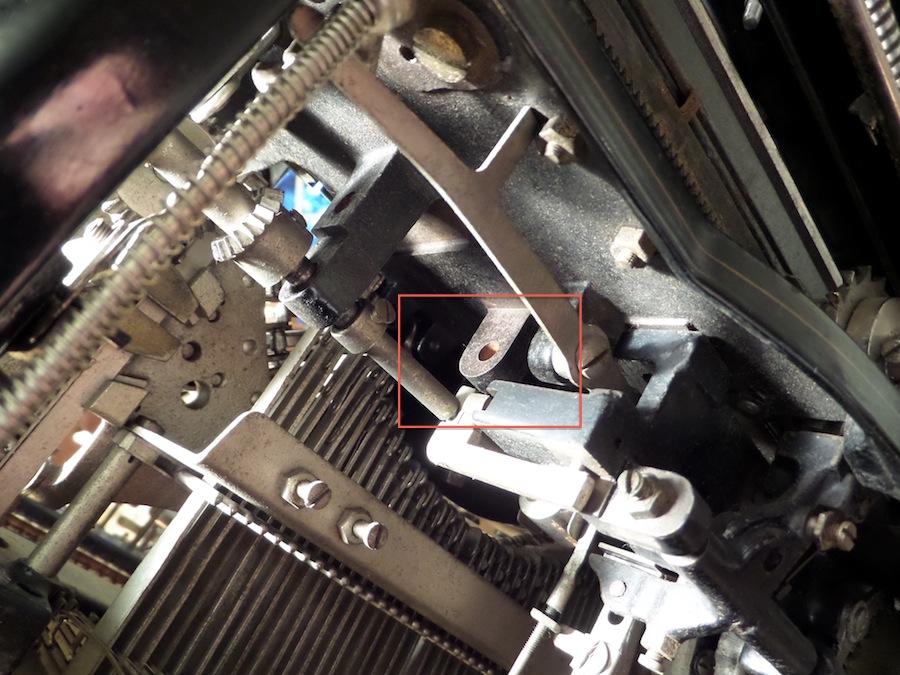 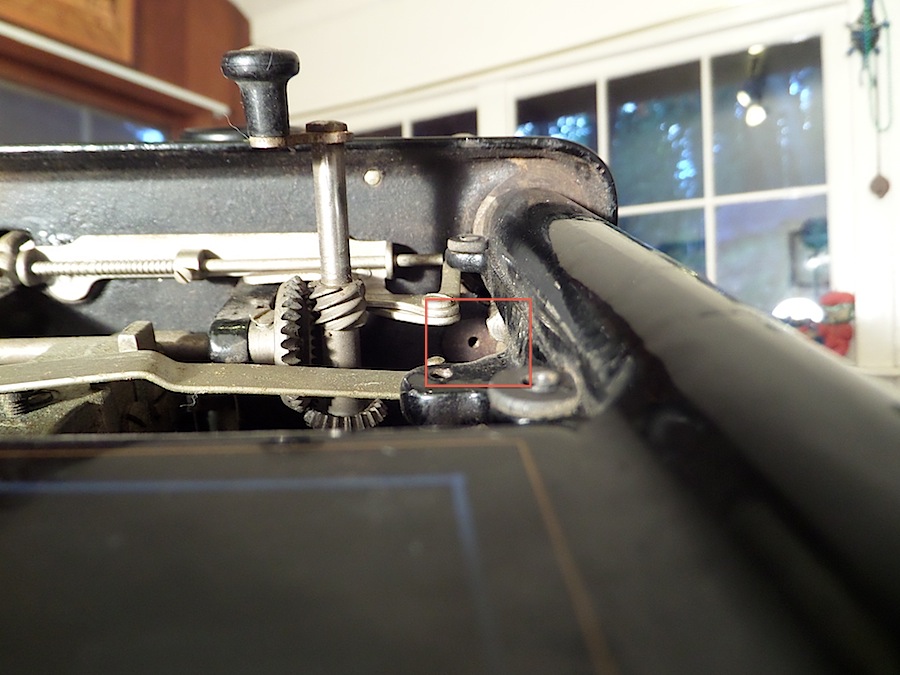 On the earliest machines, rods for the tabulator and margin release did not follow mounted guides: 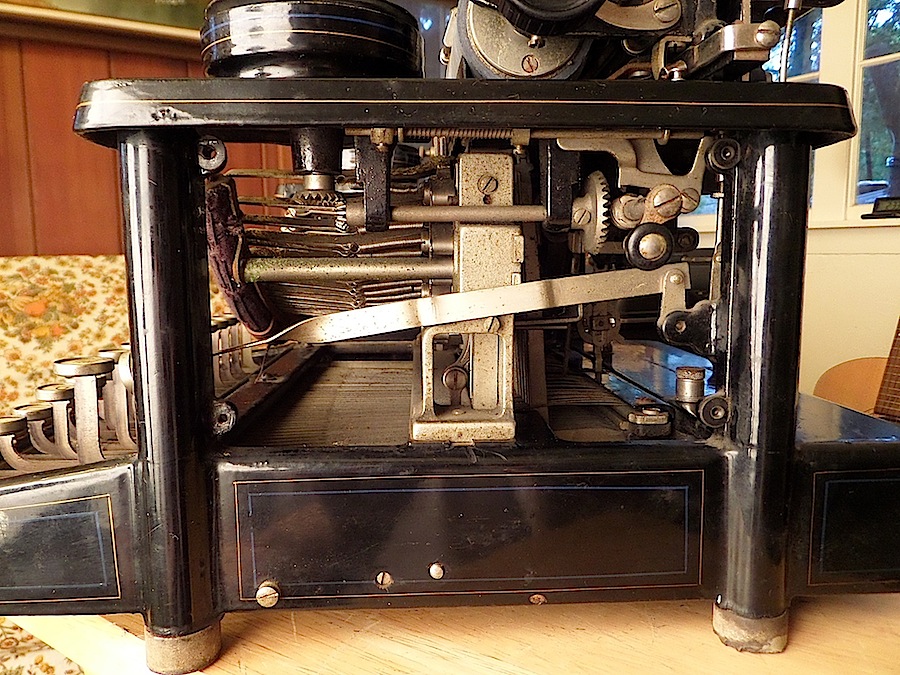 Margin release button attached to flattened rod that is not attached to internal mounting supports. Slot in faceplate keeps button in place.

Later, such rods were routed through guides incorporated in the frame of the machine: 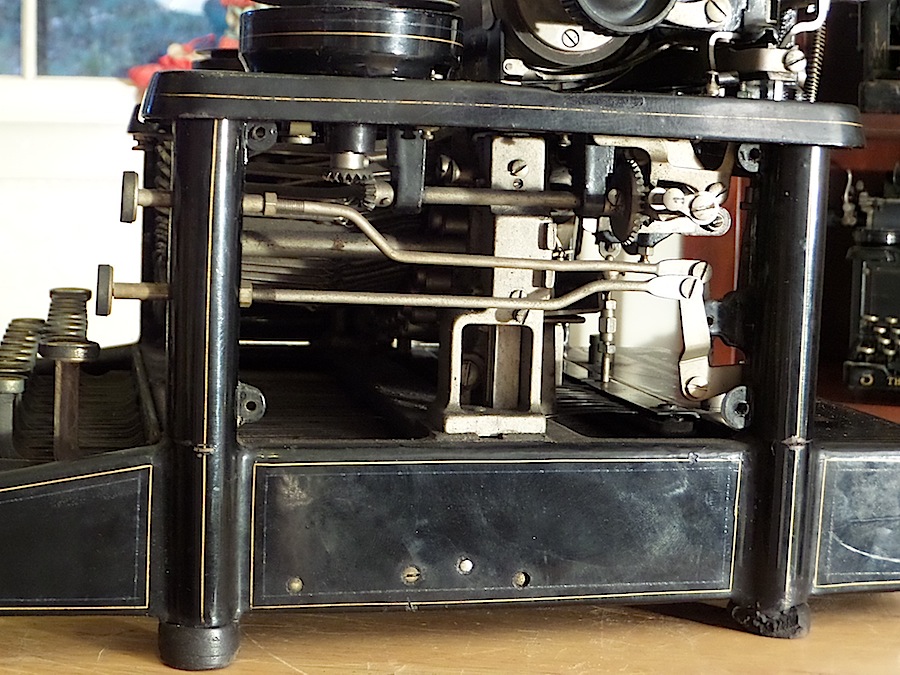 On subsequent models, rods pass through guides in frame of machine.

Will and Dave Davis explain how the Monarch was substantially modified from its early design to later designs under the Smith Premier label. (Visit the Davis YouTube page here; the blog, here.)