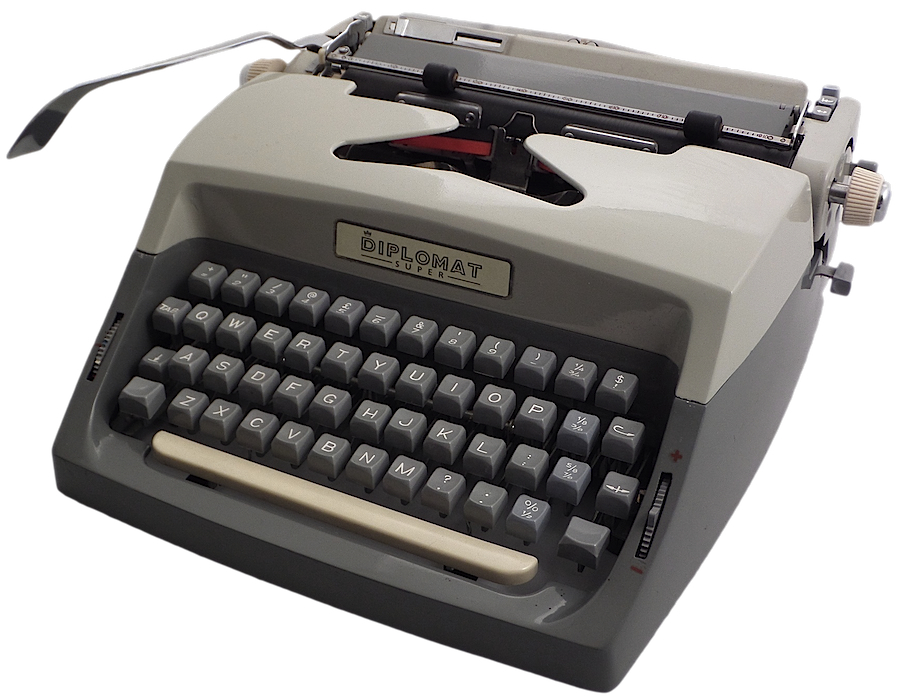 The Diplomat Super is a Czech-made machine that was sold in the United States in the late 1950s and early 1960s. Manufactured by Consul in Czechoslovakia, it is distinct in that the carriage is removable, presumably so that typists could swap it for carriages of varying widths. The same machine was also sold as the Norwood, Commodore and Consul.

Exporting these machines during the Cold-War era was sometimes difficult. Writes Robert Messenger at oz.Typewriter, “[A]s Czechoslovakia was part of the Warsaw Pact, the US imposed stiff import duties. To dodge these, Jack Tramiel had Consuls shipped to Canada, either as parts or already fully assembled, and relabelled them as Commodores. As well as Commodore and Norwood, these larger Consuls appeared in some countries as Admirals and Presidents.”1 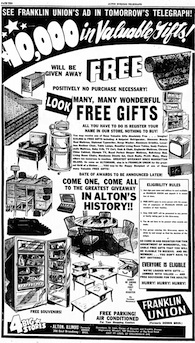 Click image to enlarge. The Diplomat is featured near the middle left of the advertisement from Alton Evening Telegraph (Alton, Illinois), Jun 3, 1958.

My machine, displaying the Zeta label (Consul’s earlier corporate name), appears to have been manufactured in 1960 or thereabouts. According to various sources, the date of the machine can be determined by the first digit of the serial number. The number on mine, which is stamped on the underside of the machine, is 224023712. I gather that the first three digits are a prefix, indicating the 224 model in the Consul line, and that the last six are the actual serial number. The same is affixed on the detachable carriage, though the first three digits (224) are printed, while the last are hand written.2 I’ve located one advertisement that dates this machine to as early as 1958 (see image left).

A smaller, more compact version of this typewriter was also labeled “Diplomat Super,” so I gather that “super” does not indicate a deluxe model. The keyboards on both machines include the £ and $ signs, suggesting an international market.

A more detailed history of the Consul line can be found at Messenger’s blog (see here).

The Diplomat feels like a communist-made machine. It’s blocky, almost excessively so, and weighs more than it really should. Comparably-sized machines are lighter. Yet, for all its heft, it does not feel quite substantial — some components seem fragile.

The design of the detachable carriage is somewhat flawed, being easy to accidentally disengage. Two release levers are quite exposed. The carriage on Olympia SG3 is likewise interchangeable, but the typist must remove the typewriter’s cover first. Fortunately, the carriage on the Diplomat is easy to reinstall.

The distinct appearance of the Diplomat is part of its appeal, and, judging from the variety of models offered, Consuls were apparently quite popular. They certainly add dimension to ones collection. 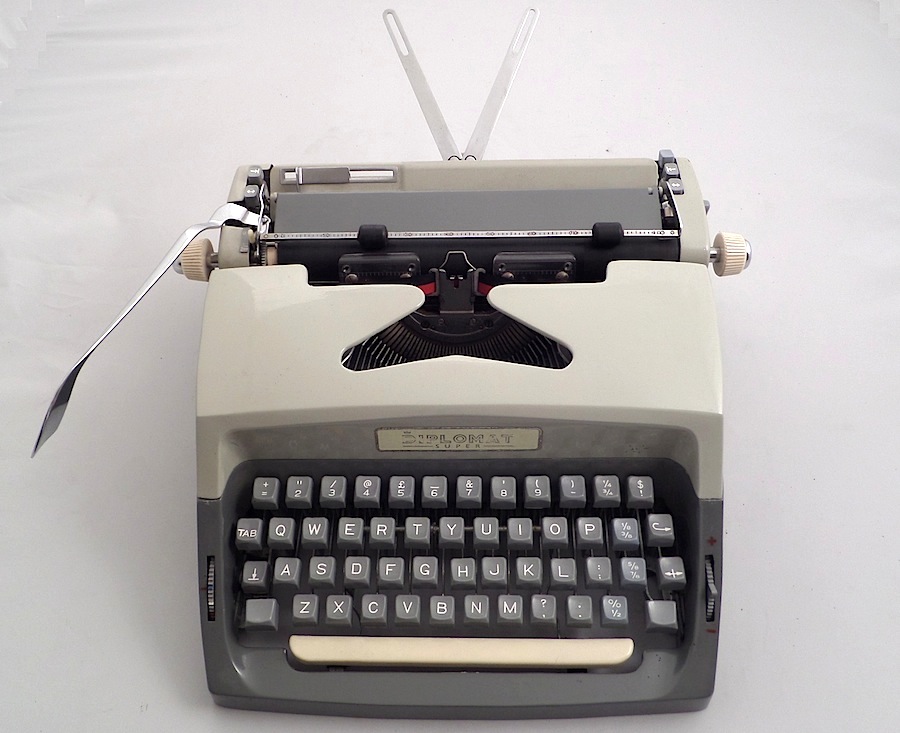 The Diplomat Super with an “international” keyboard (British pound and American dollar symbols). 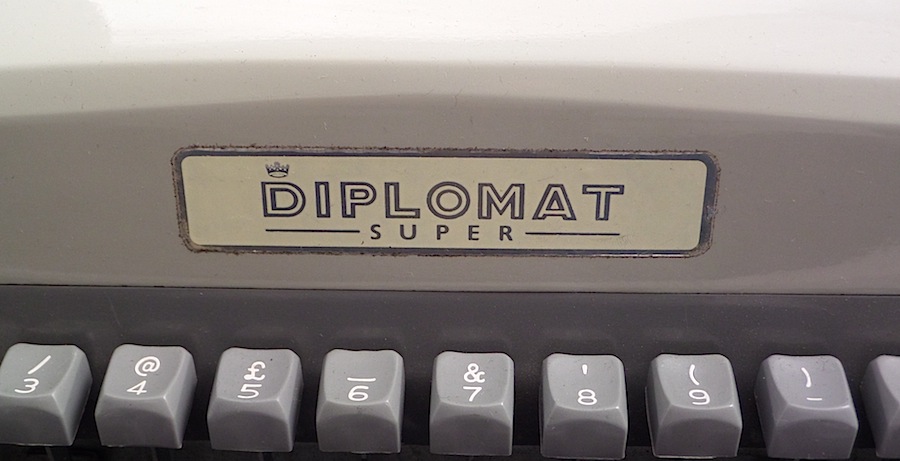 Note the crown above the “D”. 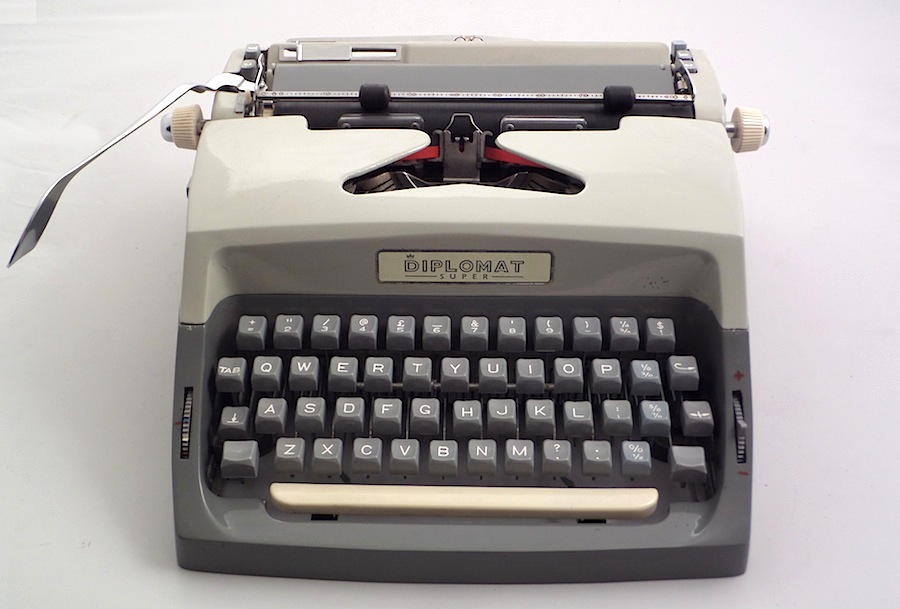 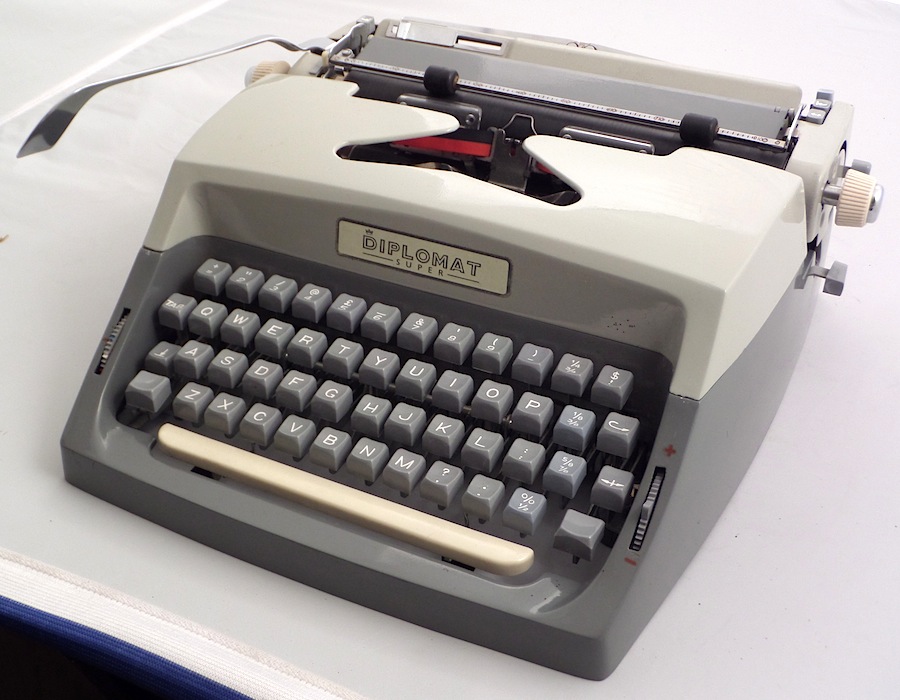 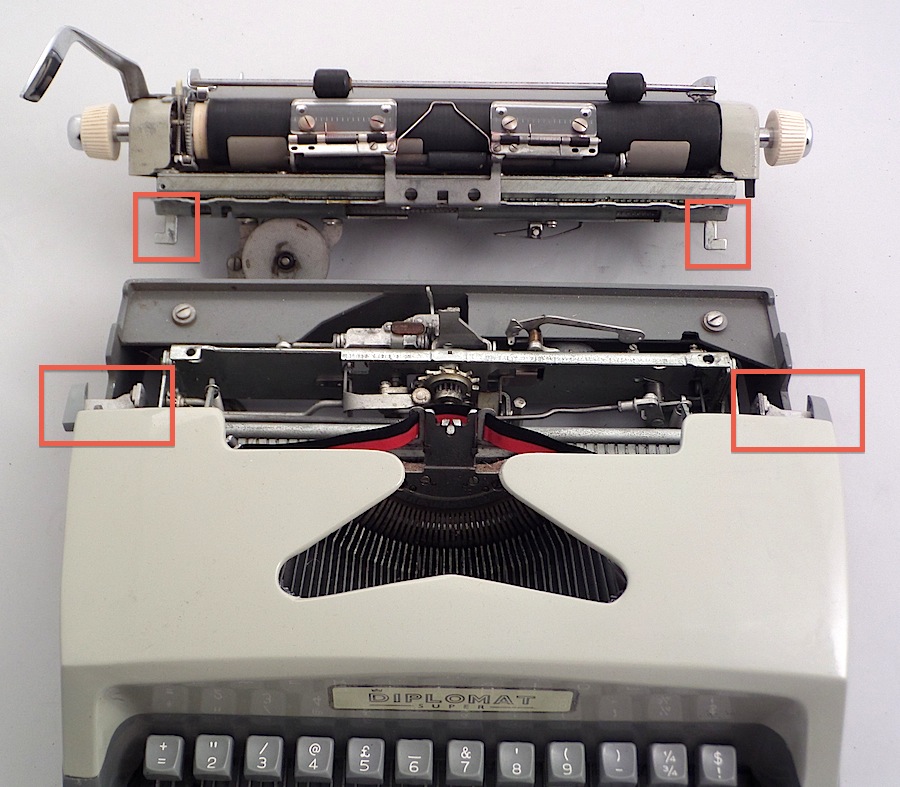 The carriage assembly is interchangeable. Using the levers (below), the operator can disengage two hooks (above) for quick and easy removal. Accidental disengagement seems one flaw of this design. 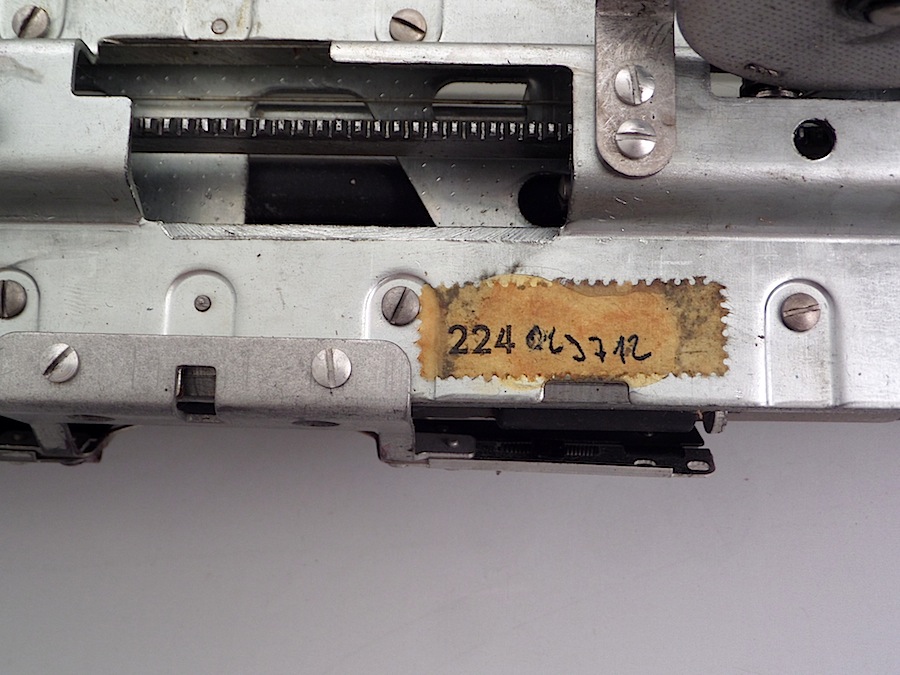 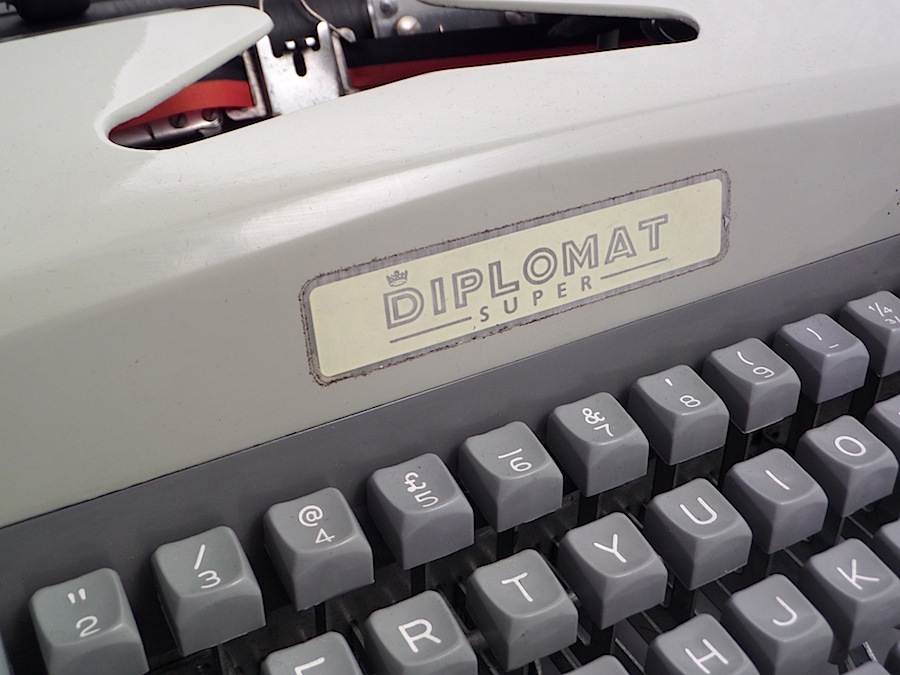 The logo is not as impressive as logos on other re-labeled Consuls, but still “super.”

Machines of Loving Grace offers an interesting overview of the detachable carriage here. 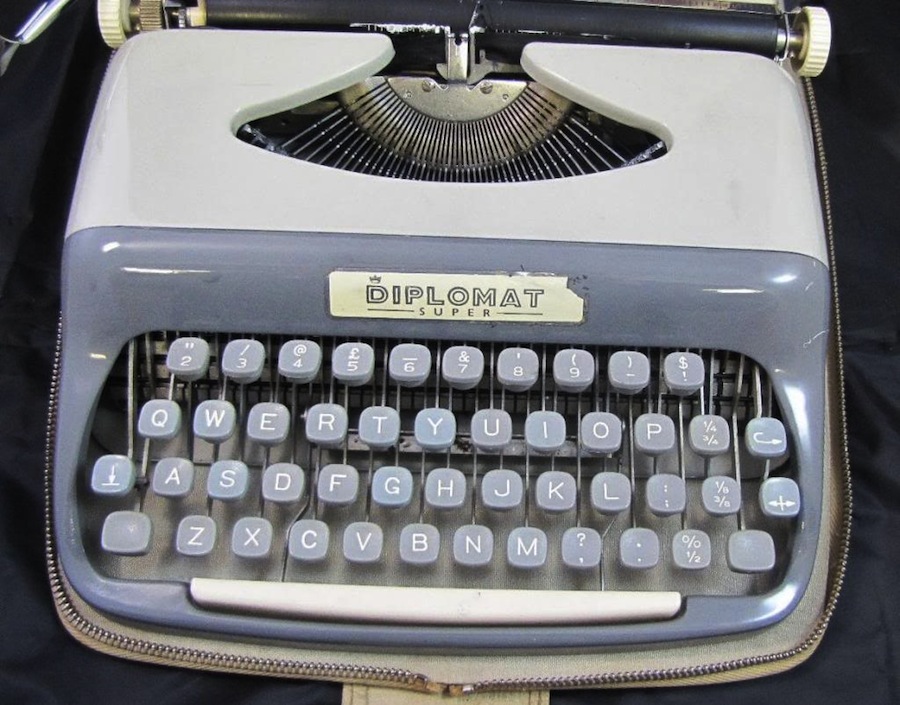 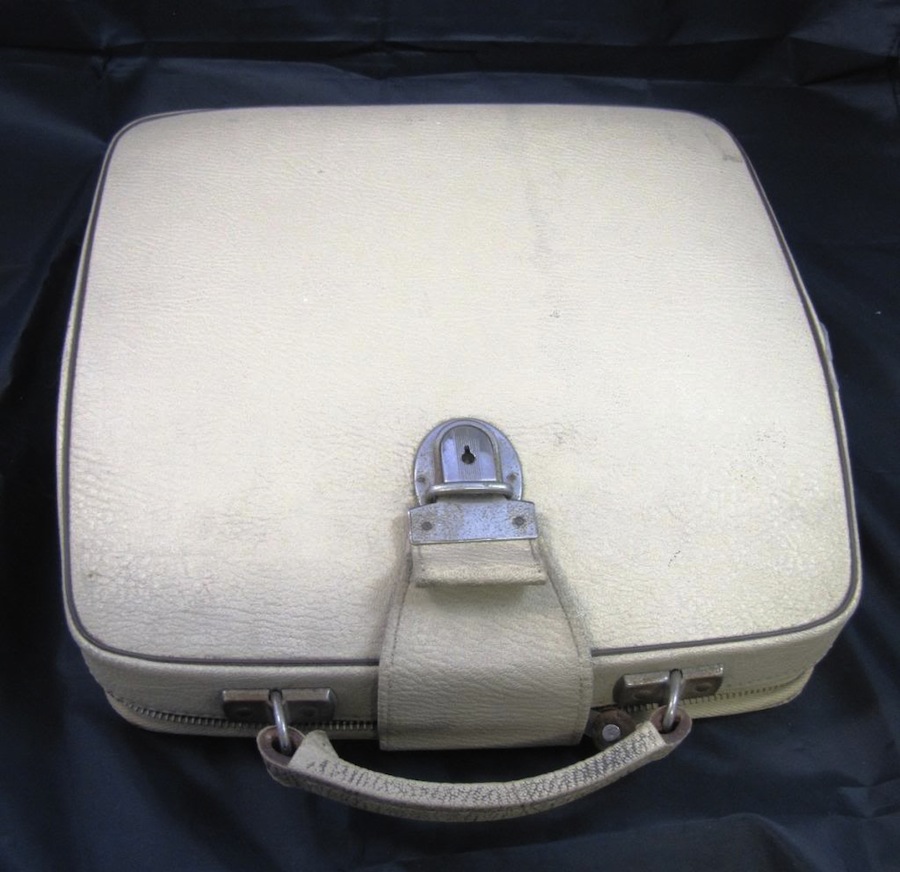 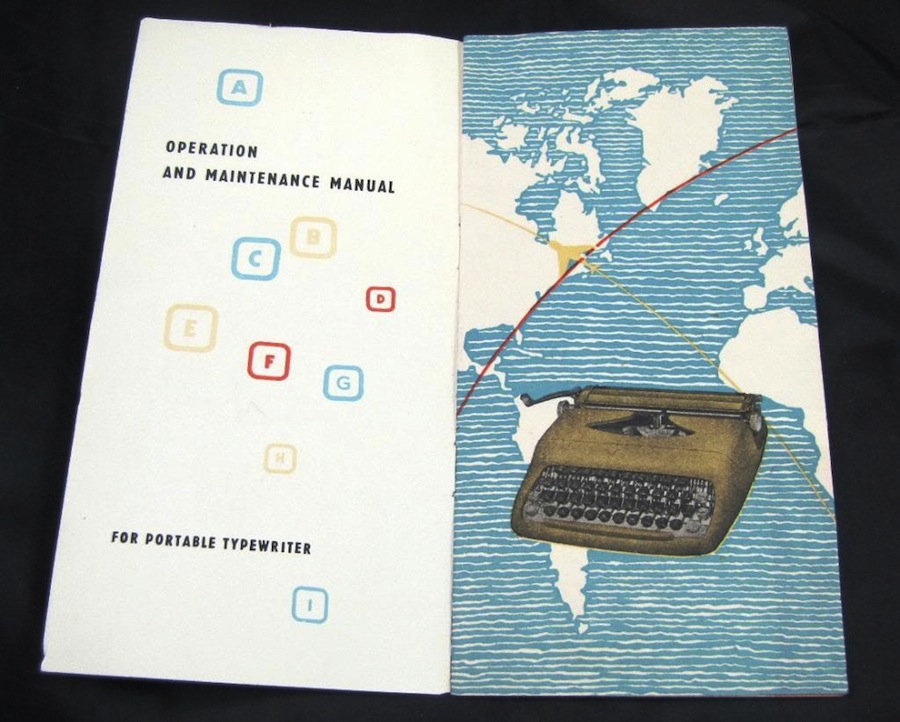 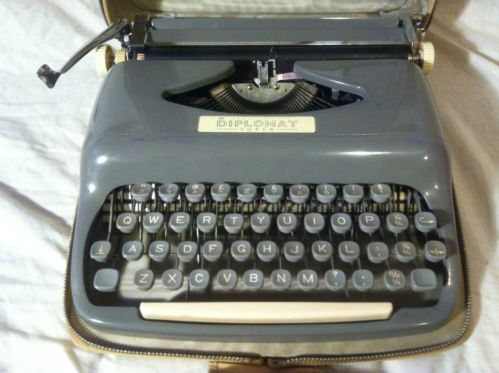 Anyone know what Consul this machine corresponds to?

Below is Mark Rosenzweig’s Consul 224 — Regarding this Consul 224, Mark Rosenzweig writes, “Large portable typewriter. Carriage easily removable by moving two levers, one on either side of carriage. Lever on right-hand side of carriage open up space between feed rollers and platen to ease paper repositioning and also raises paper bail out of the way at the same time. Serial number 224021577 (1960s). Made in Czechoslovakia.” 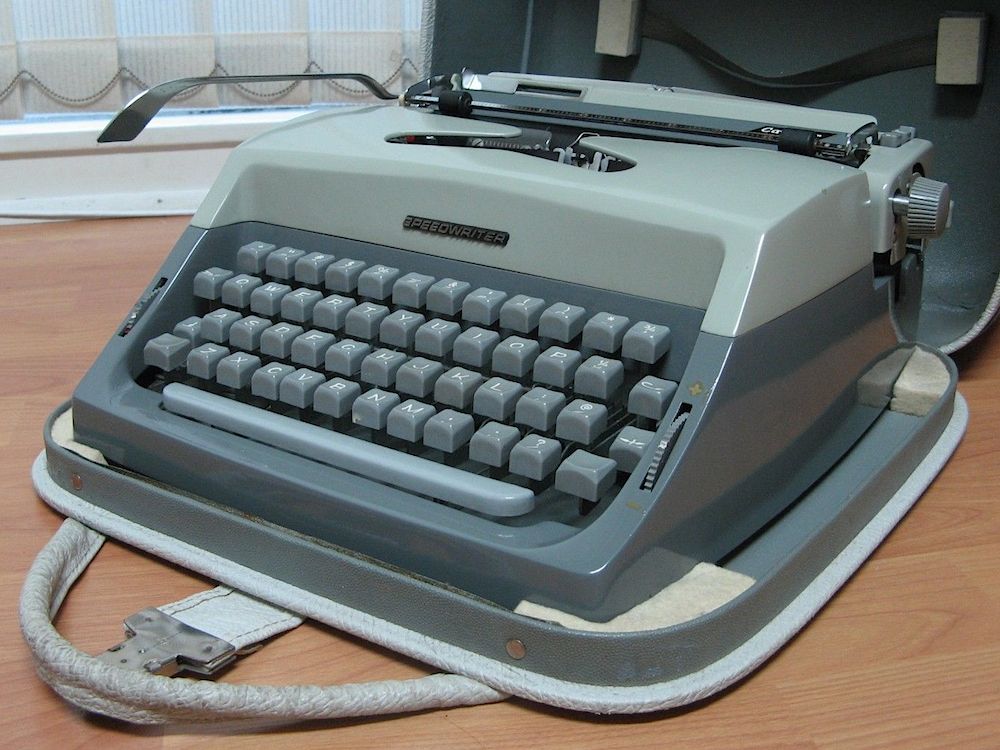