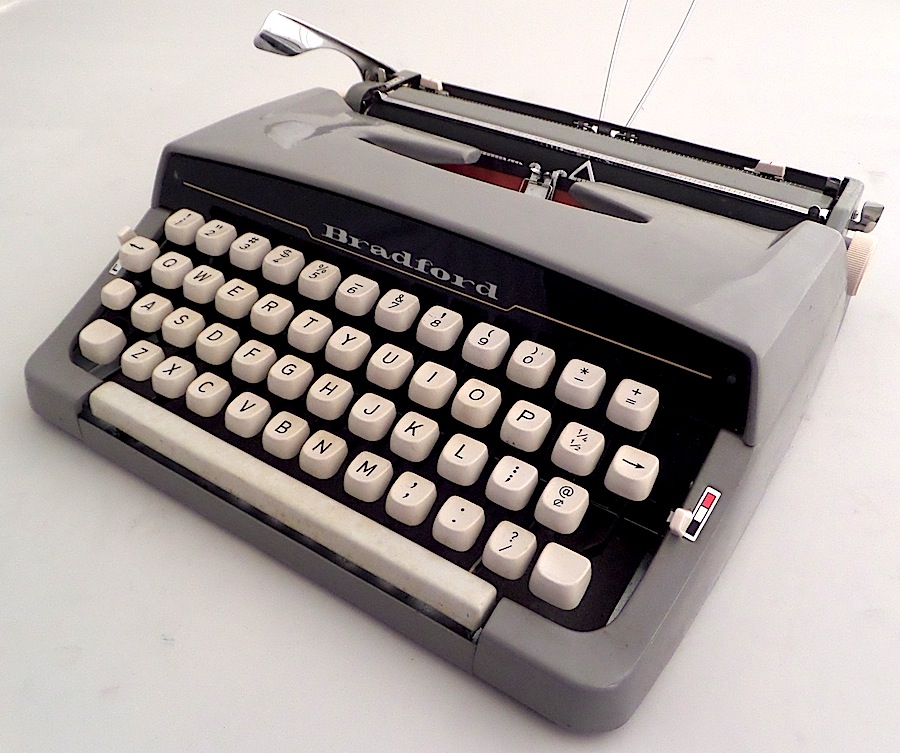 Yet another Brother portable typewriter.

Brother typewriters are ubiquitous. From the 1960s through the 1980s, Japanese-based Brother sold more than 10 million typewriters, quality machines that were offered under a variety of names, including Bradford. 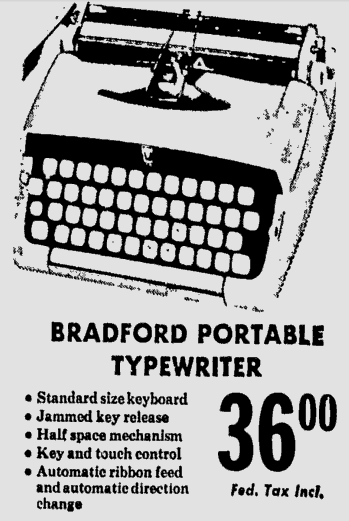 Bradford was the brand name for electronics and appliances sold at W. T. Grants, a defunct retailer with stores in downtowns across America until the mid-1970s. The founder of the chain, William Thomas Grant, was born in Bradford, Pennsylvania — thus the name.1

Many retailers placed their own labels and serial numbers on the back of rebranded Brother typewriters, e.g. the K-Mart 100, but the Bradford retains Japanese labeling.

A number of Brother products were sold under the Bradford label, including sewing machines: 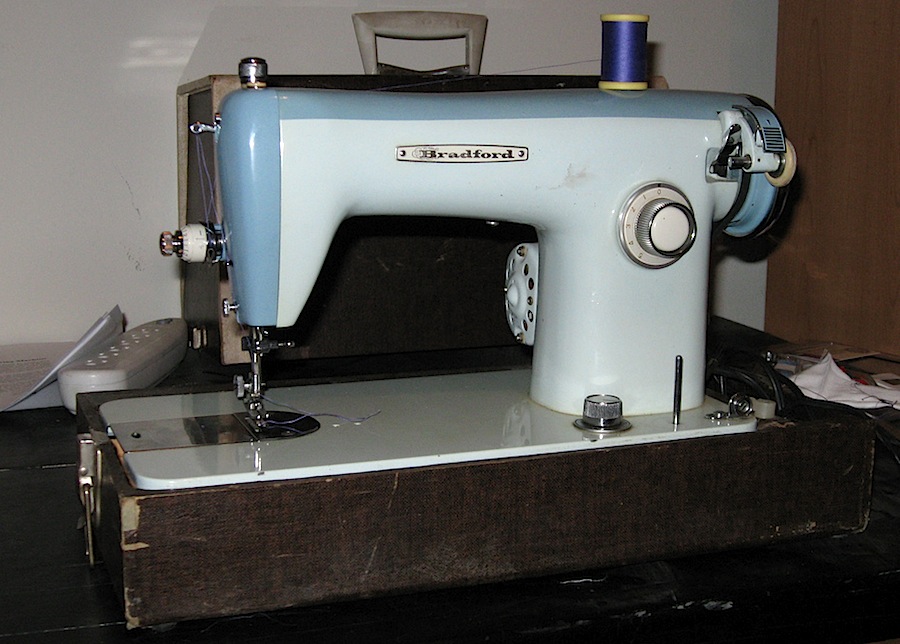 A Bradford 1361-A sewing machine, manufactured by Brother. More about it here.

Writes one blogger about the chain, “I remember the W.T. Grants department store chain, more specifically, the one in Northern Lights Plaza north of Syracuse, N.Y. Grants went out of business in 1975 (when I was around seven years old), but I remember shopping there with my mom and my grandmother. I remember my mother playing her Christmas albums with the ‘Grants’ logo on the label on the GE Wildcat record player that was able to hold up to six albums at once. The retail space gave way to several department stores afterwards, including Two Guys, Zayre and Ames. Today it’s a Staples.”3 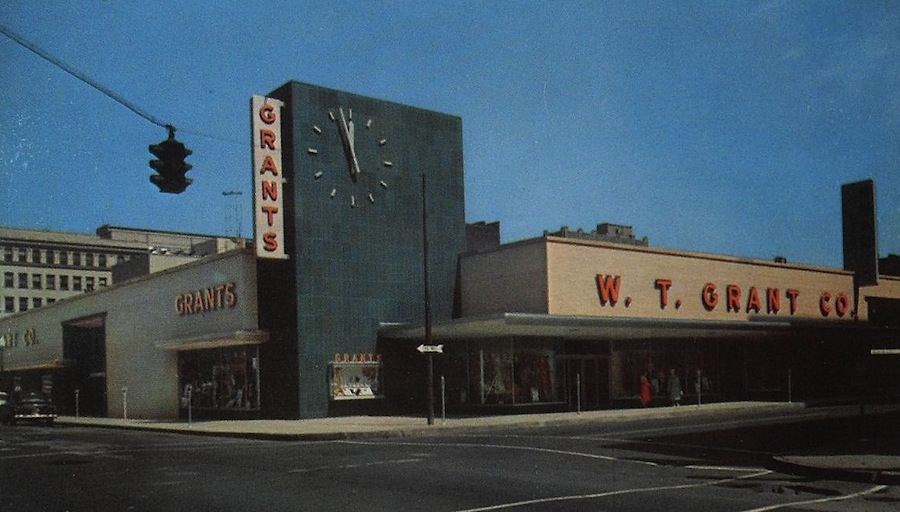 The Bradford typewriter is similar to the Webster XL-500.

You can read more about Brother typewriters here: ああ姉妹、どこアートなた The Brother Typewriter Story, by Robert Messenger at Oz.Typewriter. 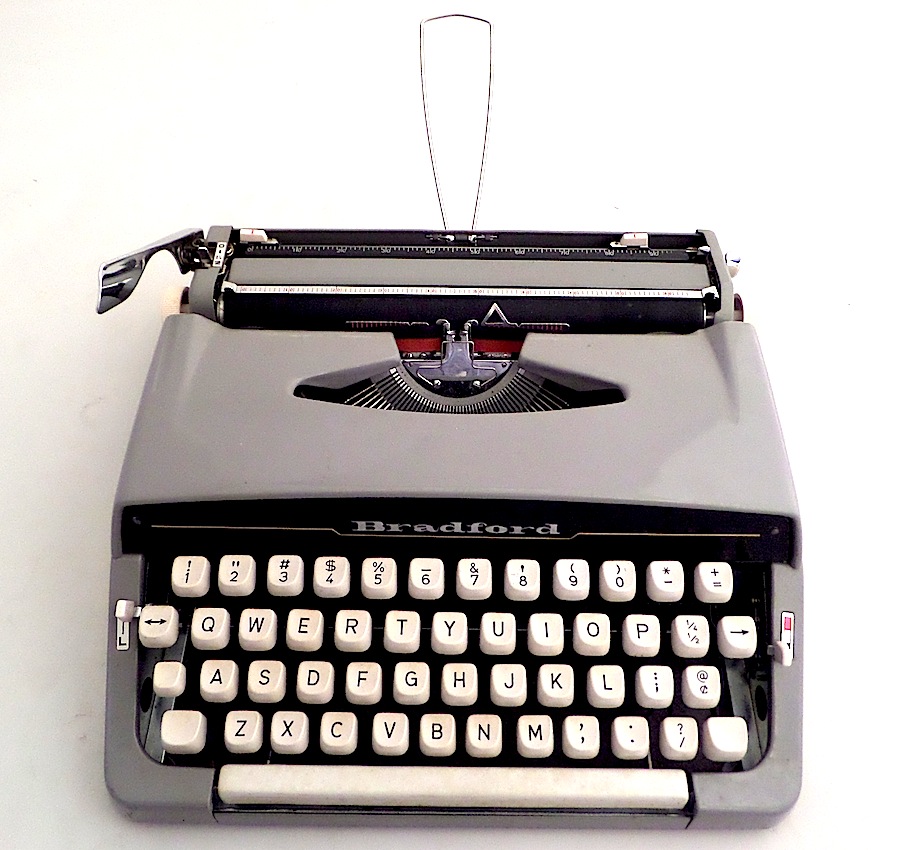 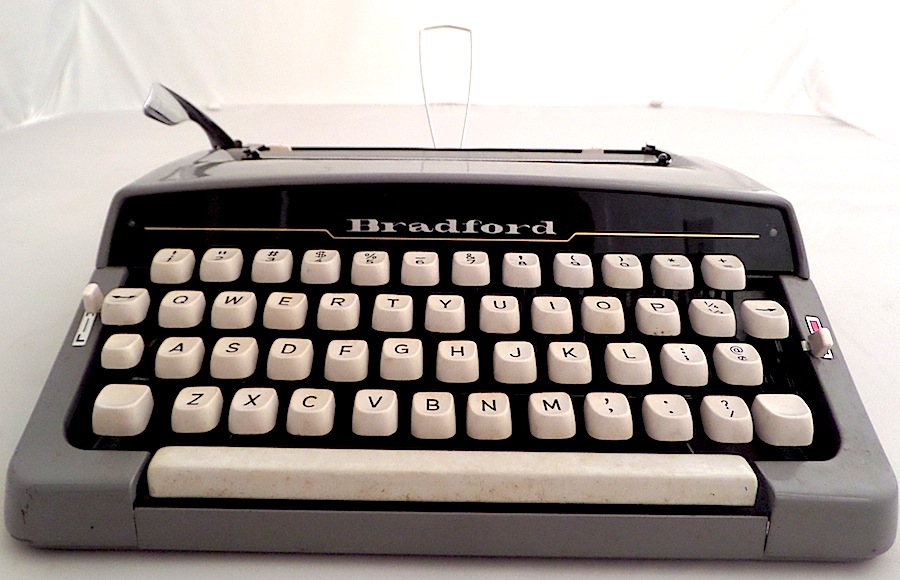 A budget machine, which likely sold for around $50. 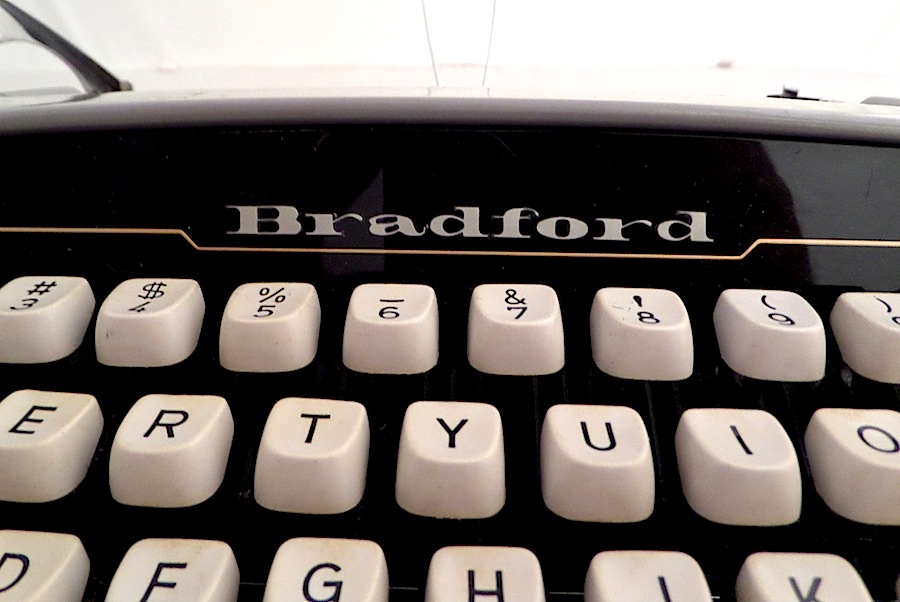 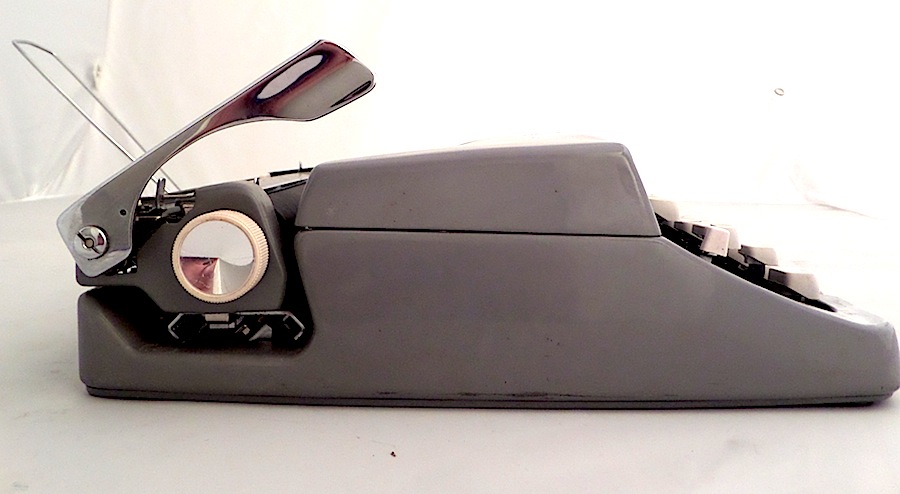