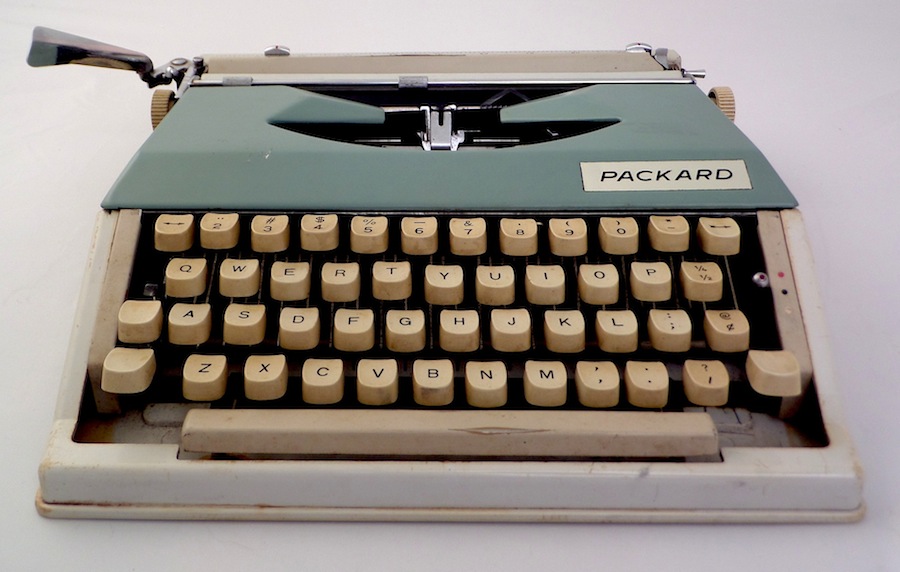 In October, I purchased a Packard portable on eBay, having never heard of such a machine (see here). The only reference I could find to it was a mention at Opencuny.org, which stated that the machine was “made by Packard, before they were joined by Hewlett.” This is a fine account, except that Hewlett-Packard was formed in 1939, long before this Packard was manufactured. The typewriter’s styling and form place it in the 1960s.1

After I had blogged about the Packard, collector Richard Polt commented that it looked a lot like a late-model clone of the Hermes Baby, manufactured by Montana SpA of Turin, Italy. Indeed!

According to Will Davis, Montana was launched in 1950 to produce “licensed-built copies of the early version of the Hermes Baby.”2 These machines were “perfect” copies, but, subsequently, the quality would decline.

In the 1960s, plastic was employed for construction of the body and distinct design changes were introduced. Marketed under several names, the Montana soon became another cheaply made portable. Writes Davis, “The (all plastic) body and zippered case are now very cheaply made, and it seems that machining tolerances are sloppy, making these machines poor relations to the units manufactured about fifteen years prior.”3

I can certainly attest that later Montanas are poorly made. The body of mine simply snaps into the base, and its components feel insubstantial. That said, judging from wear on the space bar, it seems it was a serviceable typer. Someone got good use out of it.

But Packard? Davis commented on my original posting saying he knew “of examples of importers simply picking familiar but untrademarked names to apply to foreign-made typewriters for sale in the U.S.”4 That is likely the case. As it turns out, Montana marketed its machines under several familiar names, including Vornado, Carlton and Viking, in addition to Packard and Montana. Metallic labels are generally affixed to areas designed for generic branding.

A Carlton lately appeared on eBay:

Offered on eBay. At $49 (starting bid) it is, in my opinion, overvalued.

Here is a Montana that is like the Packard in design: 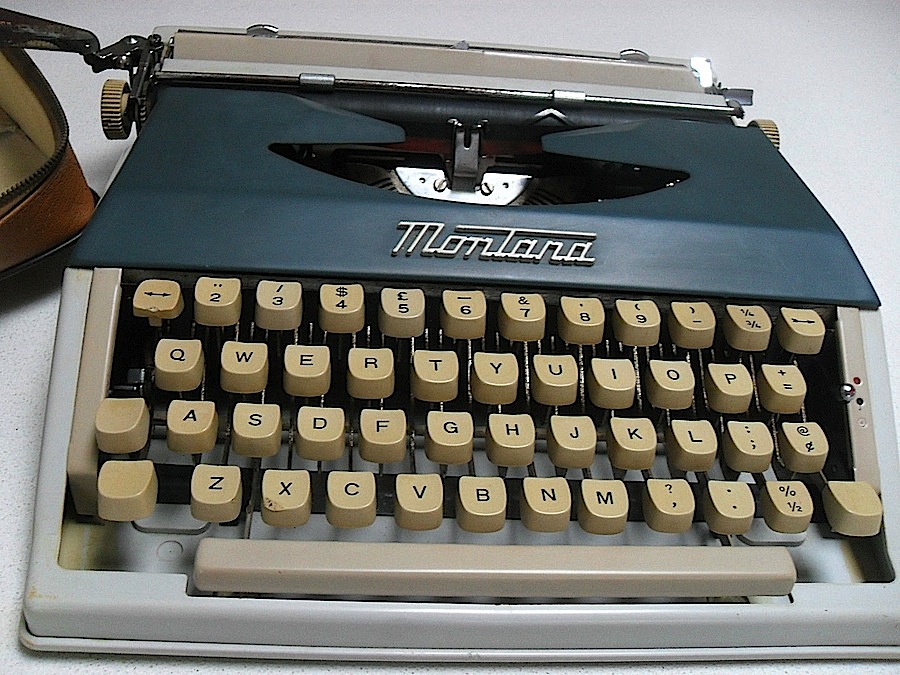 The styling of the logo is far more appealing on this machine than on the Packard.

The names selected by Montana, including the company name itself, are cleverly chosen. Apart from “Made in Italy,” inscribed on the back of the typewriters, one would never suspect Italian ownership.

This last point is striking. In 1960, Vornado was a discount department store chain located in the East Coast.5 If I were to hazard a guess, I’d say the Montana was sometimes branded for sale at Vornado stores. But that is only a guess. I haven’t been able to locate an advertisement for any of the branded machines of the Montana typewriter company.

To note, Two Guys acquired Vornado in 1960, and later Two Guys became Vornado Realty.6 The Packard, or Montana, or Vornado, or Carlton would have certainly been at home at a discount department store.

Here are some commercials for Two Guys:

And, now, strictly for the sake of nostalgia (with no relation to typewriters), another commercial:

Update, Jan. 25, 2014: I finally located advertisements for the Packard typewriter. All are from Community Jewelers in Stroudsburg, Pennsylvania, placed in The Pocono Record in 1967.

Here is everything I could find about the Montana and associated brands: