Case keys on early models of the Remington Standard No. 2 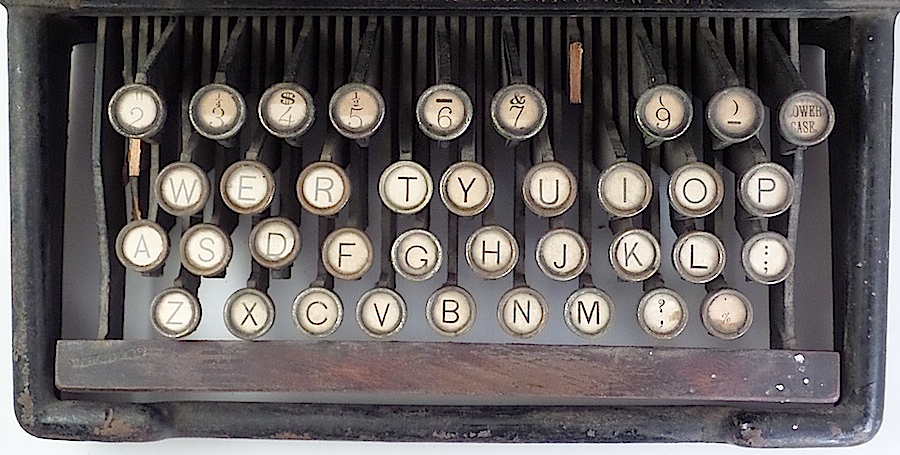 The “Lower Case” key appears in the upper right corner. The “Upper Case” key is missing, and should be in the lower left corner.

Early versions of the Remington Standard No. 2 feature “Upper Case” and “Lower Case” keys, instead of the more traditional “Shift” and “Shift Lock” functions. I first noticed this when I acquired my 1889 machine (see here) and questioned the operation of these keys — my unit is not operational and is missing the “Upper Case” key (see image above).

My first thought was that upper case was the default mode; after all, the first Remington model, a Sholes & Glidden machine, typed only in upper case. This, however, did not make sense, as people were accustomed to writing in upper and lower case, with lower case as the dominant mode.

My second thought was that the No. 2 lacks a default mode entirely, that one simply switches from upper to lower case and back again. In other words, the typewriter is always “locked” in one mode or the other. That, apparently, is the case.

(Note: Upon further examination, I’ve discovered that the “Cylinder Shifter” changes the default mode. The shift keys temporarily reverse that setting. Please see my reply in the comments section to Richard Polt’s inquiry for a more comprehensive description of the operation.)

Here is a paragraph from an instruction manual, page 5, describing the functions of the case keys on early No. 2s:

A PDF of the full manual is offered here by Machines of Loving Grace.

Here is a paragraph from the same manual, page 7, describing the cylinder shifter:

Oddly, instructions for the case keys and the shifting cylinder are on different pages, separated by an intervening page.

The placement of the “Lower Case” key is inconvenient, being situated in the upper right corner. The “Upper Case” key is better positioned and will become standard (but, as the “Shift” key) in subsequent models.

From the instruction manual. Note the placement of upper and lower case keys.

Later versions of the No. 2 feature more traditional shift buttons, though it is not clear (based on images I’ve seen) that the functionality of the keys is different. Do these machines lock in one mode or the other? And when did Remington introduce shift lock? Also, I would be curious to know who was the first to introduce upper and lower case typing. I’m guessing Remington, though perhaps some other manufacturer beat them to the punch. 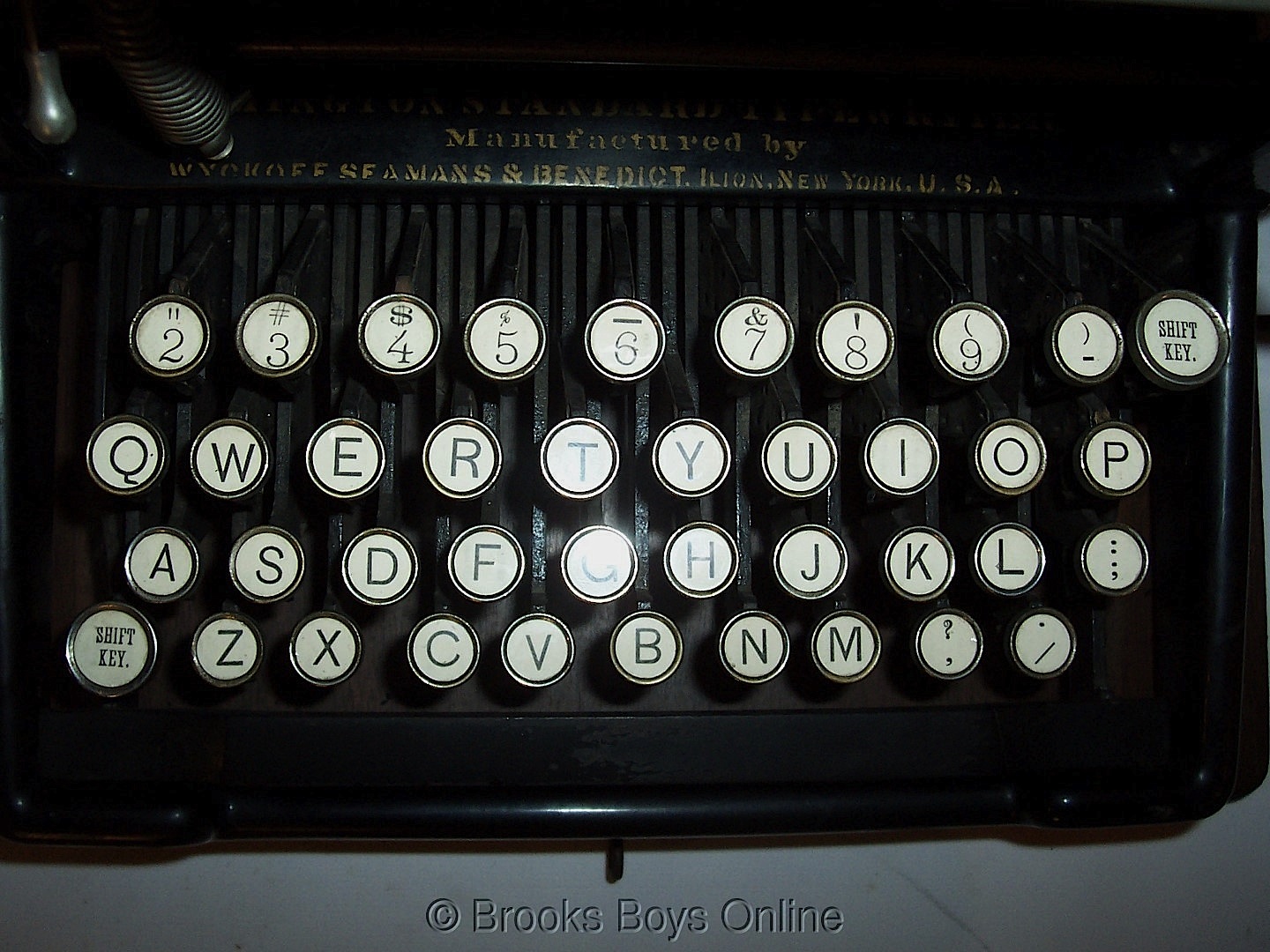 The keyboard on a later Remington Standard No. 2, featuring “Shift” and “Shift Lock” keys. This machine was lately offered on eBay.

The Monarch Noiseless 61
Selling the Quiet-Riter
1894: Typewriter count
A typewriter a minute