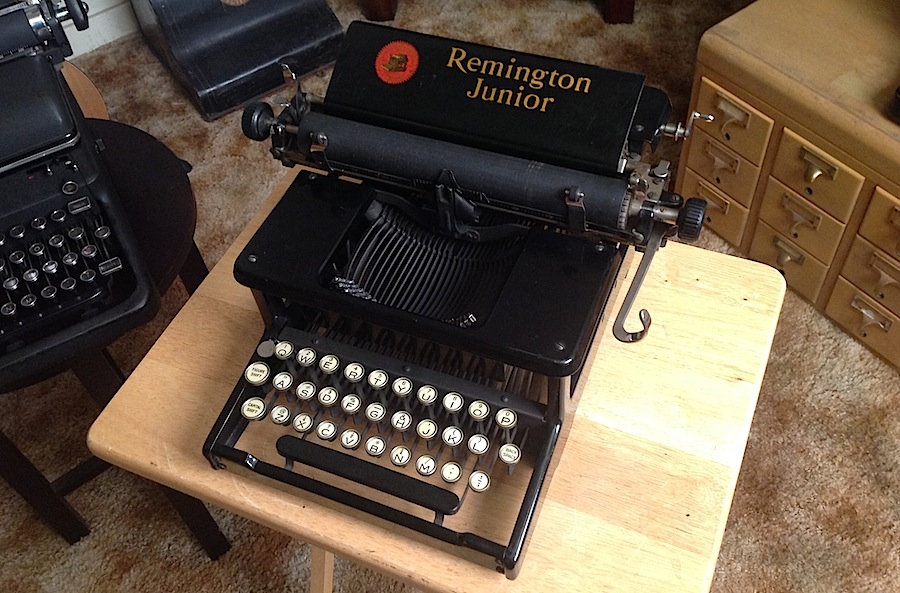 Expect a blog entry or two about this typewriter. I’ve been doing quite a bit of research.

The inspiration for posting this list is that I just acquired one typewriter on it. Today, I purchased a 1915 Remington Junior, which I will be blogging about shortly. I don’t aim to own every machine I ever take a liking to, but I am eager to acquire the following typewriters:

Image from an eBay seller who was offering the keys only!

Recently, I blogged about the Remington 333 and 666, which are Brother-made portables. I commented that I had hoped there was a 999, but found there wasn’t. Later, I discovered that there is a 700 electric, which apparently was considered part of that product line (and also the 711 and 713, which I’m supposing are just versions of the 700).1 Each has the same logo and is included in the same service manual.2 There are other models, such as 600, 611 and 612, but these have different logos, so they don’t quite make the “most wanted” list.

I should note that I rarely collect electric typewriters (a 1930s Burroughs and early Underwood are exceptions), but I find the 700 compelling. In short, I like to collect thematically. 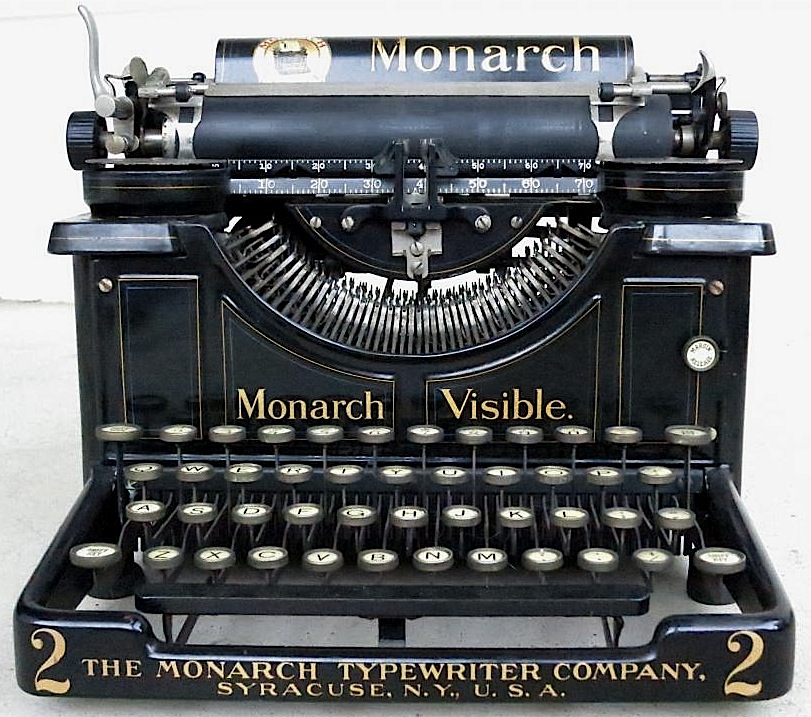 The No. 2 offers an expanded keyboard of 42 keys.

My collection of Monarchs includes two No. 1s (with and without ribbon selector) and one No. 3. I would like to add the No. 2 to complete the set. The Monarch typewriter, a product of a trust that controlled several typewriter companies, was branded variously as “Monarch,” “Remington” and “Smith Premier,” so there are almost limitless collecting possibilities. To my way of thinking, the first three models constitute the original Monarchs, before it was subsumed by Remington and, later, Smith Premier. This machine had a nearly three decade run! 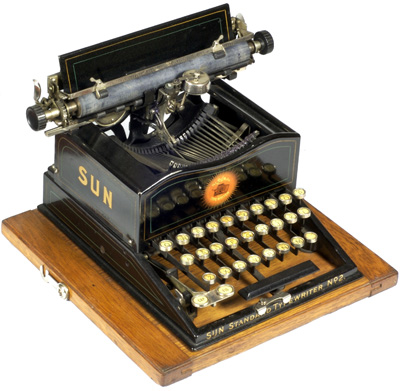 My reasons for wanting this machine are two-fold: one, I think it very pretty; two, a man named Johnny Cash. Yes, I understand there is no connection between Sun Typewriter and Sun Records, but that doesn’t stop the mental connection. 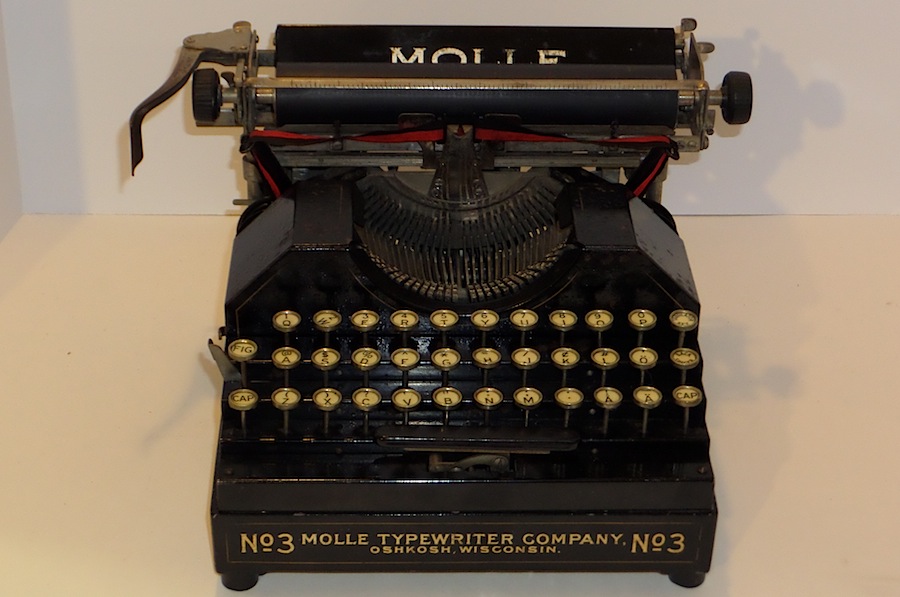 I’m the proud owner of a black Molle No. 3, and I would like to own the rarer white model, and the rarer still Liberty model. See page 90 of Darryl Rehr’s Antique Typewriters. 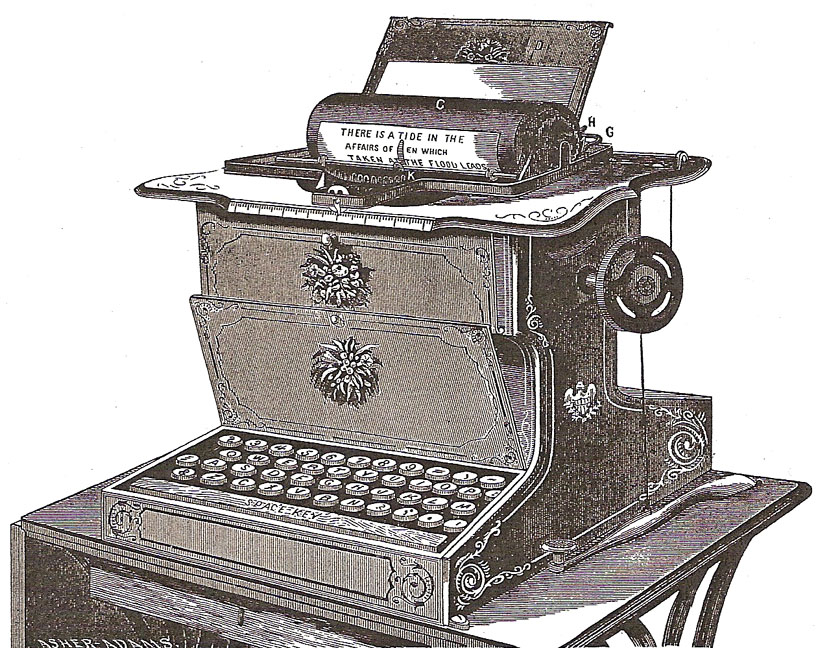 Somewhere, sitting in the attic of some long, lost relative is a Sholes & Glidden machine waiting for a new owner. (Can any self-respecting typewriter collector keep this off his or her list?)

Remington manufactured only 2,882 of these typewriters, which is very much like the #3, but with a true tabulator, not a paragraph key.3 My collection of Remington portables is quite extensive, so adding this machine would help to complete it. I came close to owning one, but the eBay seller never delivered.4 Quite a miss.

The fellow I bought the Remington Junior from owns a very nice Rem-Blick. Though I’m not terribly hungry to own a Blickensderfer, I very much would like to own a Rem-Blick.

I suppose a list like this reveals a lot about a typewriter collector, so here are a few observations. I’m endlessly fond of Remingtons, I like sets, and I like quirky machines. My collection will never be complete, but I’d like to keep it unique. Sometimes assembling a set of machines, like the 333, 666 and 700 makes the ordinary extraordinary.

As seen on the Typosphere blog site.

Four typewriters, one Benjamin
Speed of the typewriter (1887)
Where I work
The Remington Standard in Scientific American, December 15, 1888