Having written about the Remington 666, it seemed proper that I should write about the 333, too. My muse? U2.

When the band released All That You Can’t Leave Behind in 2000, fans noticed the image on the album cover had been altered. In earlier promotional material, the gate sign read “F21-36” — now, it read “J33-3.” Fans guessed (correctly) that “J33-3” was a biblical reference. 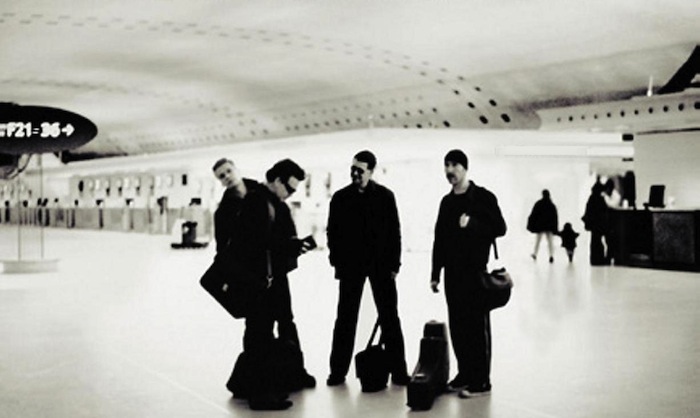 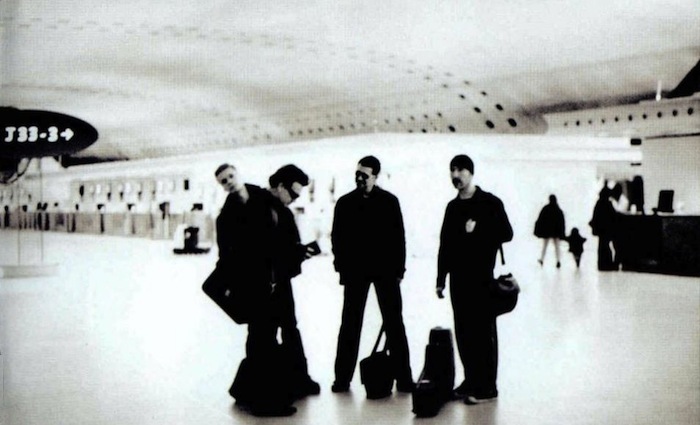 Altered photo as featured on album cover. Notice the sign has been edited to read J33-3.

@U2, a popular fansite, offers the following:

More recently Bono told Rolling Stone (Jan. 18/01) “Christ says, I think, in the Sermon on the Mount, ‘If you love your life too much, you’ve already lost it.’ Which is an interesting one. As a younger man I remember I didn’t understand what that meant, because I love life. You’re holding on so tight to it you’re incapable of doing anything with it. It’s about fear.”

The same RS issue mentions that Bono changed the airport gate-sign on the cover of All That You Can’t Leave Behind to J33-3, which refers to Jeremiah 33:3 (“Call to me and I will answer you and tell you great and unsearchable things you do not know.”). Bono says: “It was done like a piece of graffiti — It’s known as ‘God’s telephone number.’ ” — link

Overlooking the obvious anachronism, let us consider the Remington 333, which was manufactured by Brother in the late 1960s. The 333 is identical to the Webster XL-500, which Brother produced for the Webster department chain. The 333 is a modest and decent typer, though not my favorite.

It’s not abundantly clear how Remington came to name the 333, but it did give rise to the more unfortunately named 666 model. Both typewriters appear regularly on eBay, though the 333 a little more frequently (one wonders why!).

Here’s how the machines compare:

To note, “333” appeared yet again in U2’s work, in the song “Unknown Caller” on No Line on the Horizon. Bono sings, “3:33 when the numbers fell off the clock-face.” Here’s a live version of the song: